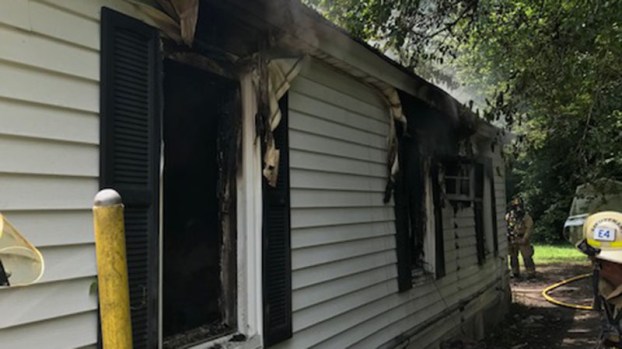 Firefighters extinguished a fire at a home on North Capital Street on Thursday afternoon. (City of Suffolk Photo)

Suffolk firefighters extinguished a fire at a home in the 200 block of North Capital Street on Thursday afternoon.

The fire was reported by multiple passersby at 12:44 p.m., and the first units arrived on scene in the Lloyd Place neighborhood at 12:48 p.m., according to a city press release.

Firefighters found a working fire with smoke showing from the residence. They had brought the fire under control by 1:10 p.m., but multiple rooms were involved.

No occupants were located inside the residence, and it was not immediately clear how many would be displaced as a result of the fire. There were no injuries.

The Fire Marshal’s Office is investigating the cause.

Police are seeking the public’s assistance locating a subject wanted in connection with an aggravated robbery and assault that happened... read more