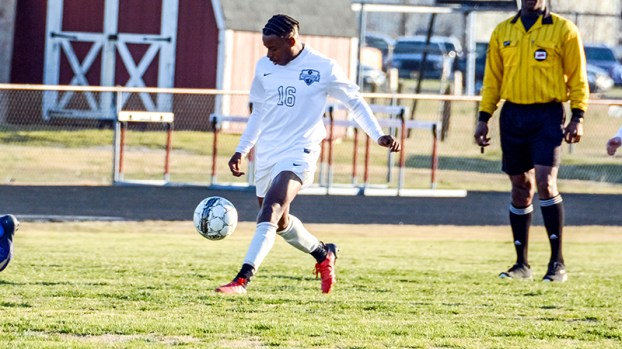 After a strong freshman season at Bryant & Stratton College in New York, Sterling McGee is getting prepared for his sophomore season.

McGee, a former Nansemond River High School soccer standout, has made a name for himself in college. He was able to step right in and contribute right away to a team that went 12-1-1 on the season. For his freshman season, he scored five goals and accounted for 10 points on his team.

The team’s only loss last season came in the national championship game, which happened to be close to home for McGee in Virginia Beach. McGee excelled off the field as well, maintaining a 4.0-grade point average. He was selected an Academic All-American last season.

This season, he is hoping to be selected to the athletic All-American list, along with maintaining a 4.0 GPA his second year as well.

“My coaches were pleased with my first year,” he said. “They say I will have an even bigger role next season, and I look forward to scoring many more goals and leading the team back to the national championship again.”

The former Warrior is currently getting ready for his sophomore season and played for the semi-pro men’s soccer team Virginia Beach City FC. It is a fairly new team, and McGee has teammates not just from Hampton Roads but from different countries as well.

“It all went well,” he said. “We haven’t had any great success so far, but it is a fairly new squad. We are continuously learning about each other and building chemistry.”

One thing McGee has been very appreciative of is the opportunity to play with older teammates. They have taken him under their wings.

“My older teammates have taken me under their wing and helped me adjust to the speed and physically of the college game. It was a great experience and has allowed me to stay sharp and focused throughout the summer.”

For his sophomore season at Bryant & Stratton, he wants to improve on finishing set pieces as well as just improving his overall awareness on the field.

At Nansemond River, McGee was an All-Conference, All-Region and All-State selection. In 2017, he was the Suffolk News-Herald Spring Player of the Year. He helped Nansemond River to its first boys’ soccer state semifinal game as a senior last year.

An ACL injury for Noah Giles has him working his way back to the field with a passion. At the... read more