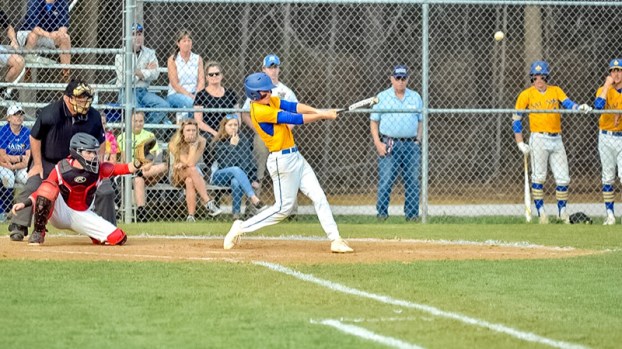 Because of his strong junior season, Morris was selected to the second team and was the only Suffolk native featured on any team.

Morris finished with a .443 batting average, which led the team, to go along with 27 hits, 20 runs and 20 RBIs. He also hit five doubles, a triple and stole 16 bases during his junior season. He had a fielding percentage of .960 with 24 putouts.

Morris was also an All-Conference and All-State selection for his junior year performance.

The summer has been good to Morris so far. He has been playing travel baseball while also being able to manage his time to prepare for the upcoming football season as well.

“It has been a pretty great first half of summer for me,” Morris said. “I have been playing baseball up and down the East Coast. I think it is a privilege to be able to represent my team and my coaches. I have also been lifting with Coach Biehl at football workouts as well.”

Morris has been playing with the Old Dominion Hitters and has felt like he has been playing well while also getting stronger this offseason. With his senior season soon approaching, he is looking forward to making it his best season yet not only on the baseball field but on the football field as well.

The NSA standout recently committed to play baseball at the Virginia Military Institute.

Morris went through the recruiting process and was getting looks from NCAA Division I, II and III schools. He had interest from the College of William & Mary, James Madison University, Bucknell University and others before deciding on VMI.

“I love the family atmosphere that VMI has to offer and all of the perks it has,” he said. “I also love the coaching staff, and I just felt like it was a great fit for me there.”

Morris’ accolades showed the hard work he put in between his sophomore and junior year.

“I felt like I certainly improved from my sophomore season,” he said. “Coach Seal and Coach Sutt were definitely able to help excel this year. The new philosophy that Coach Seal brought to NSA helped me, and my teammates create a successful season.”

NSA advanced all the way to the state tournament this season under first-year coach Joey Seal.