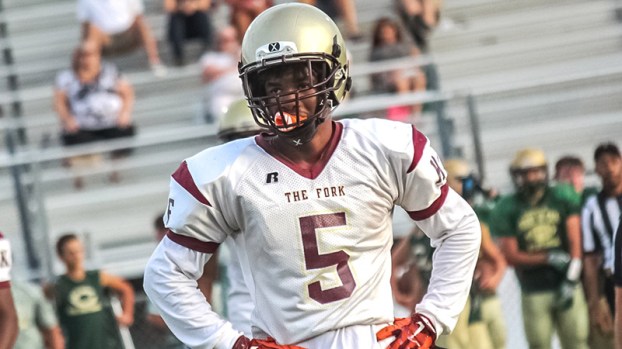 The former Bulldog defensive back was a hot commodity in the recruiting circuit and ended with 18 offers from NCAA Division I schools before finally committing to Mizzou.

In a statement the 5-foot-11-inch, 177-pound Shearin said this about his commitment:

“I would like to give thanks to God because without him I am nothing,” Shearin said. “Thank you to King’s Fork, Thoroughbred Nation and IMG Academy coaching staff for believing in me and showing me I can compete at the highest level. I want to thank my Mom, Mr. Heerey Gatsson and my family for their full support in everything I have done. There were many times where I didn’t believe in myself, and you guys were always there pushing me to strive for excellence and for that I thank you. Now it’s time I walk my own path and build my own legacy.”

Shearin could have waited to see what other schools came into the fold but ultimately felt like it was time to commit. While narrowing down his choices, he noticed that Missouri stuck out the most, and he felt comfortable choosing his future. He also had offers from Duke University, University of Maryland, West Virginia University, Virginia Tech, North Carolina State University and University of Virginia, among others.

“It just felt right, and once you know, you know,” he said. “I felt connected to the coaching staff and the fans as well.”

Missouri is in the Southeastern Conference, and it is often argued to be the best conference in college football. A lot of people believe that it boasts the most NFL talent on a yearly basis, and it is home to the University of Alabama, a college football powerhouse. Every week, Mizzou will have the large task of playing in the SEC.

When asked about the opportunity to be able to play in the conference, Shearin said that he couldn’t wait.

Mizzou went 7-6 last year and earned a berth to the Texas Bowl, where they subsequently lost to the University of Texas 33-16.

Though Shearin will spend his senior season at IMG, he is thankful for his time at King’s Fork and the things that he was able to accomplish there.

“It was my foundation,” he said. “So, I am always grateful for them.”

In three seasons at King’s Fork, Shearin started at defensive back. After his junior season, he was an All-District, All-Region and All-State selection. He is slated to play cornerback at IMG.

He is grateful to have made his decision so that he can focus strictly on football for his senior season.

“It feels good not to worry about recruiting and just enjoy football,” he said.