Suffolk police on Tuesday arrested a man wanted in connection with an assault and robbery last week. 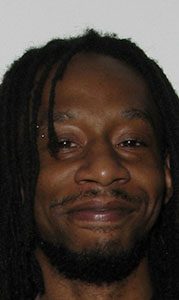 Byron Franklin Ambrose Jr., 30, is charged with abduction and kidnapping, robbery, assault: shoot, stab in the commission of a felony and felonious assault, according to a city press release. He is currently being held at Western Tidewater Regional Jail.

Police “would like to thank the public and the media for their assistance,” the press release stated.

Emergency Communications received a call at 5:45 p.m. from the Easy Mart in the 1300 block of East Washington Street, according to a city press release from last week. An adult male victim reported he had been robbed at knifepoint and injured. The victim’s injuries were not considered life-threatening, the release stated.

A Suffolk woman was sentenced Monday to 12 months in prison and six months under house arrest for helping her... read more