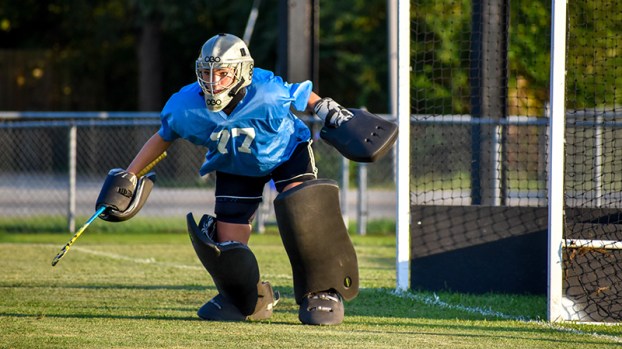 Emily Binley was selected Southeastern District Co-Player of the Year. Binley had 10 shutouts on the season.

This season was a solid season all the way around for the three Suffolk teams in the district, so much so that Suffolk had nine players in total make the all-district teams including a Co-Player of the Year.

Nansemond River led the way for Suffolk schools with seven selections. Emily Binley earned Co-Player of the Year honors as the goalie for Nansemond River this season. Binley finished the year with 10 shutouts on the season. She was excited to hear the news and, as a senior, considered it a great way to end her high school career.

“With being a goalie, I would’ve never thought I would be Co-Player of the Year,” said Binley, who shared her award with Chloe Underwood from Great Bridge High School. “I went into this season just trying to make it my best and improve as much as possible but also help build a strong team.”

Halle Fago and Sarah Rhiel joined Binley on the first team at forward and midfield. Allie Fischer made the first team as a defender. Lydia Pearl and Chloe Swerda were second-team selections.

Nansemond River finished their season in the semifinals of the regional tournament, but it was evident throughout the season the Lady Warriors were one of the best teams in South Hampton Roads.

“It feels amazing,” Kilgore said. “It feels like all of my hard work is paying off.”

The Lady Cavs have had a strong season as well and were the only Suffolk public school to reach the state tournament.

KF to be represented at state meet

For the second consecutive year, King’s Fork High School will have a runner in the Class 4 cross country state... read more