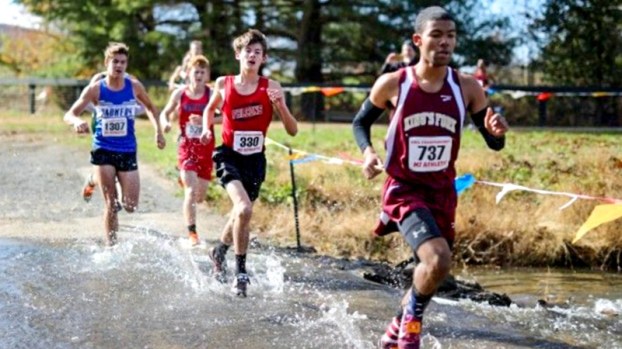 Shamond Smith will represent King’s Fork High School at the Class 4 state meet for the second year in a row.

KF to be represented at state meet

For the second consecutive year, King’s Fork High School will have a runner in the Class 4 cross country state meet.

The Bulldogs competed in the regional meet last week and was able to have a runner qualify for the state meet. At the regional meet, King’s Fork finished sixth on the girls’ side and seventh on the boys’ side. The Class 4A region is a tough region.

Shamond Smith qualified for the state meet on the boys’ side, and this will be his second straight year going. Last season, he was the first-ever Bulldog to reach the state meet. Coach Steve Sheppard believes that his experience from last year should help him this year. At the state meet last year Smith, finished in the middle of the pack.

“He knows what to expect,” Sheppard said. “He knows that there are a bunch of quality runners out there, and he is familiar with the course.”

Overall, Sheppard feels like his team took strides this season. They dealt with some ups and downs and crucial injuries, but they were able to fight through them. On the girls’ side, the Bulldogs surpassed expectations, and Sheppard believes they will build on that next season as well.

“We only lose one senior, who was on our girls’ side that was in our top 10 runners,” Sheppard said.

Sheppard is also excited about the transition from cross country season to indoor track season. The Bulldogs are expected to be strong in their distance running.