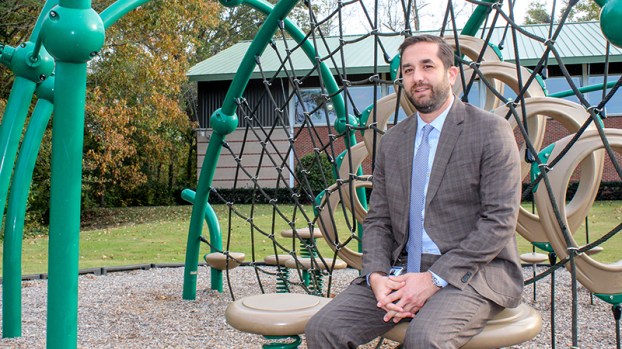 Mark Furlo was appointed the new director for the Parks and Recreation Department early in October, and he joined the city on Nov. 1.

Mark Furlo joined the Suffolk community as the new director of the Department of Parks and Recreation this month.

City Manager Patrick Roberts announced the appointment Oct. 2, and Furlo has officially been a part of the team since Nov. 1.

Furlo is coming to Suffolk after being the director of Parks, Recreation and Leisure Services for the city of Portsmouth. Furlo is happy to join the team, but it is not his first time accepting a position in Suffolk.

“I’m really excited to be back. It’s really neat to see all the growth since I was here last,” Furlo said.

After leaving in 2008, Furlo took a job in Isle of Wight County as its Parks and Recreation director.

As Furlo gets a feel for his job, he will start to decide what his priorities will be within his department, but he knows his biggest priority will be continuing doing what the parks department is there for — providing fun.

“I’m just trying to get my feet wet, but my biggest priority will be to continue to offer the same great services and parks that this organization always offers,” Furlo said.

While he is still getting to know the city again, he knows that he wants to continue supporting some of the projects already happening within Suffolk, including the Suffolk Seaboard Coastline Trail project.

Furlo believes that his experience with the Isle of Wight and Portsmouth parks departments have prepared him to be successful in Suffolk.

“Isle of Wight, while not as big as Suffolk, has some land and Portsmouth has a similar population,” Furlo said. “I think the combination of the two gives me a good feel for Suffolk.”

Furlo wants to work to make Suffolk’s parks and programs are an important part of life for its citizens, and he is sure he and his new team can accomplish that.

“Having people who like to have fun is key, and we are here to provide experiences and fun,” Furlo said. “People have a lot of options for their free time, and we want them to choose our options.”

The opportunity to take over the Department of Parks and Recreation came because the former director, Lakita Watson, decided to step down and tackle a new professional adventure as the director for the Richland County Recreation Commission in South Carolina.

Watson initially hired Furlo back in 2001 for his first official parks and recreation job, and he knows what kind of legacy she left behind.

“Lakita hired me, and we remained good friends after I left. She has been a mentor for me,” Furlo said. “No one can fill her shoes. She’s bigger than life.”

Furlo hopes to forge his own path for the department and continue to help the city grow.

“I believe I can make a substantial impact,” Furlo said.

Picking up for Veterans Day

Lighters, soda bottles, beer cans and other discarded trash were collected by more than 60 volunteers on Saturday who walked... read more