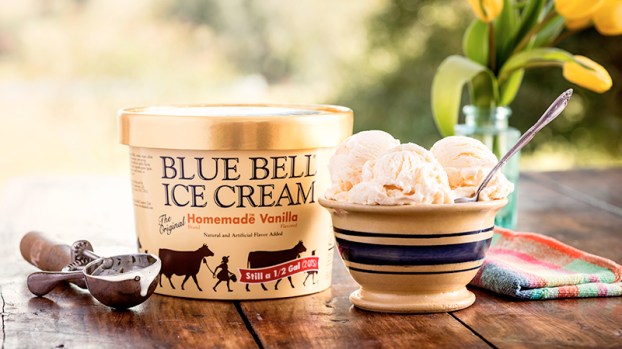 “It has always been our goal to return to Hampton Roads,” Jimmy Lawhorn, vice president of sales and marketing for Blue Bell, stated in a press release. “We are also bringing our products back to Richmond and the surrounding cities. Currently, you can purchase Blue Bell in a small section of western Virginia. In 2019, we will expand our sales area to include the eastern portion of the state. We can’t thank our customers enough for their patience.”

The company shut down production in 2015 in the wake of a listeria outbreak linked to its products. The distribution facility in Suffolk closed, causing the layoffs of 30 to 40 employees.

But the company began production again later in 2015 and has gradually been expanding its distribution area to its former range. This April, the company announced a new, 14,000-square-foot distribution facility would be built in Suffolk.

“We are grateful for the assistance from the Suffolk Economic Development Authority and the grant we were provided for capital investment and job creation,” Lawhorn stated in the press release. “We have started hiring and will continue to do so over the next few months.”

Store locations that will carry Blue Bell have not yet been announced, but the release states fans can expect to find it at most major supermarkets and drugstores.

Areas to be served by Blue Bell’s newest distribution expansion include the seven cities of Hampton Roads as well as Williamsburg, and Elizabeth City and the Outer Banks in North Carolina.

A Suffolk man was sentenced Wednesday to 12 years in prison and 20 years of supervised release for receiving images... read more