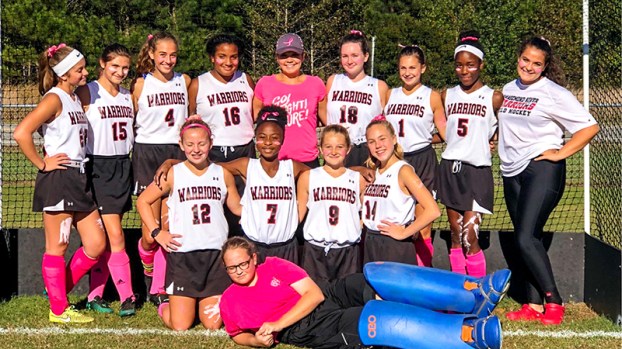 Undefeated seasons aren’t easy to achieve, no matter the level of sport. The Lady Warriors JV field hockey team, however, was able to achieve that by winning 12 games.

Coach Cara Byrd said this was the first time coaching an undefeated team in her 10 years of coaching. She credited the team for being special and going above and beyond, doing the things it takes to make an undefeated season happen.

“I told them they are the most hardworking, dedicated group of girls I’ve ever worked with,” Byrd said. “They were always working hard and doing everything we lined up for them. They are always asking what they can do in the offseason. They participate in everything, and the parents are so supportive. These girls are truly special.”

Byrd said she told her team that a state championship is in their future, and in order for them to achieve that, they had to start working hard now. The Lady Warriors were determined throughout the season that no team was going to mess up their streak. Midway through the season, when Nansemond River realized they could go undefeated, they kicked it up a notch.

“I enjoyed coaching this team,” Byrd said. “All the way to the very last game I enjoyed it. These girls made it worth every minute.”

Suffolk Golf Course will host its seventh annual Toys for Tots golf tournament in a couple of weeks. All are... read more