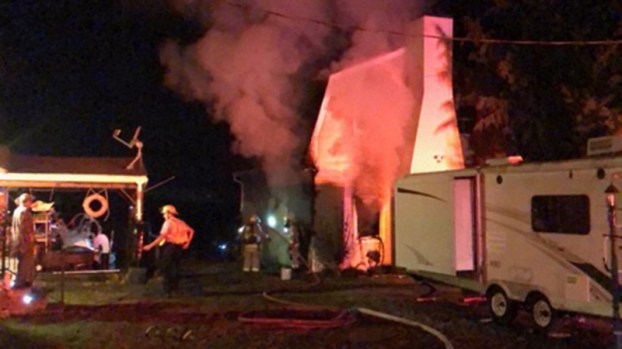 A fire damaged a garage off Crittenden Road on Sunday evening.

A fire heavily damaged a detached garage off Crittenden Road on Sunday evening.

Heavy fire was showing from the two-story detached garage when firefighters arrived, the press release stated. Firefighters were able to knock down the fire quickly, and it was called under control at 7:27 p.m. The garage, measuring about 2,200 square feet, was declared a partial loss. There was no fire exposure to the primary residence.

There were no injuries. The Fire Marshal’s Office will handle the investigation as to the cause of the fire.