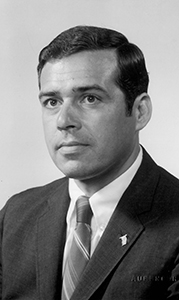 Frederick MacDonald Quayle, of Butler Avenue, passed away in Sentara Obici Hospital with his family present after a short illness. Mr. Quayle was born in Suffolk, Feb. 16, 1936, to the late Harold Quayle and Bernyce MacDonald Quayle. Mr. Quayle attended Suffolk public schools and graduated in 1954 from Suffolk High School, where he was elected president of the student government. He attended the University of Virginia, where he served as city editor of the Cavalier Daily student newspaper, was a member of the Jefferson Literary and Debating Society and the Phi Kappa Sigma social fraternity, played first-year lacrosse and graduated with a Bachelor of Arts in economics in 1959. He graduated in 1966 from the T.C. Williams School of Law at the University of Richmond, where he was a staff member of the University of Richmond Law Review and a member of the McNeill Law Society. Upon graduation, he practiced law in Norfolk and Chesapeake for more than 40 years.

Mr. Quayle served in the Army Reserve from 1956 to 1962 and received an honorable discharge. He was president of the Suffolk Jaycees in 1964, president of the Friends of the Norfolk Public Library and chairman of the Tidewater Rehabilitation Institute Advisory Board.

Mr. Quayle later served as chairman of the Chesapeake Republican Party and chairman of the Chesapeake Electoral Board. He was an Eagle Scout and cubmaster of Cub Scout Pack 212 in Chesapeake, as well as an honorary lifetime member of the Virginia PTA. He also served as a vestryman of Christ and St. Luke’s Episcopal Church in Norfolk and later a vestryman of Trinity Episcopal Church in Portsmouth.

Mr. Quayle was a member of the Virginia State Bar and a former member of the Norfolk-Portsmouth Bar Association. He was appointed divorce commissioner by the Chesapeake Circuit Court, arbitrating matters of divorce, child custody and marital asset distribution. After retiring from the practice of law, he was employed as an assistant professor at Christopher Newport University in the Department of Government and Public Affairs from 2002 to 2005, and as a lecturer and adjunct assistant professor at Old Dominion University in the Department of Political Science and Geography from 2005 to 2011, lecturing on Virginia politics and government, and state and local government. He was appointed to the Virginia Parole Board by Governor Robert McDonnell and served from 2012 to 2014.

Mr. Quayle was elected to the Senate of Virginia as a Republican in 1991 and served for 20 years until his Senate district was relocated through redistricting in 2012. As state senator, he served as chairman of the Local Government Committee for seven years and was a member of the Finance Committee, as well as the Courts of Justice, Education and Health, and Rules Committees. He also was a member of the Board of Trustees of the Jamestown-Yorktown Foundation, chairman of the Board of Trustees of Chippokes Plantation Farm Foundation and chairman of the Chesapeake Bay Restoration Advisory Committee. He was a charter board member of the Hoffler Creek Wildlife Refuge in Portsmouth, an honorary board member of the Portsmouth Museums Foundation and a member of the Suffolk Rotary Club, where he was a Paul Harris Fellow. He was appointed to the Legislative Advisory Council of the Southern Regional Education Board.

During his service in the Senate of Virginia, he was selected as National Legislator of the Year by the National Child Support Enforcement Association for legislation he sponsored over a number of years to improve determination and collection of child support in Virginia.

The Chesapeake Bay Foundation twice named him Virginia Legislator of the Year for his authorship of the “Friend of the Chesapeake” license plate, which has raised millions of dollars in voluntary contributions for the education and cleanup of the Chesapeake Bay. He received a 1998 Lighthouse Award from the Elizabeth River Project and a 2006 Chesapeake Mayor’s Environmental Stewardship Award.

He loved sailing and spent many days and nights racing and cruising on the Chesapeake Bay. He and his wife, Brenda, enjoyed numerous vacations bare-boat sailing in the British Virgin Islands. He made one deep-water sailing trip from Norfolk to Newport, R.I. He was an artist, working primarily in watercolors and mainly for the enjoyment of his family and himself. He occasionally carved duck decoys. He enjoyed all forms of woodworking, building furniture and toys for his children and grandchildren. Over a period of years, he built six homes as a general contractor, including a beach vacation home at Sandbridge and a mountain retreat in the Blue Ridge Mountains in Greene County. After graduating from law school and beginning his law practice in Norfolk, he played lacrosse with the Norfolk Lacrosse Club for one season. He was an avid reader, especially books relating to Thomas Jefferson. He was an admirer and amateur Jefferson scholar, and read and collected dozens of books about Thomas Jefferson. He was a member of the Board of Directors of the Thomas Jefferson Heritage Society and served as its secretary.

His family would like to thank Dr. Kevin Wilson of Portsmouth for his excellent care of Senator Quayle for many years.

Memorial donations may be made to the Children’s Museum of Virginia in Portsmouth and the Chesapeake Bay Foundation.