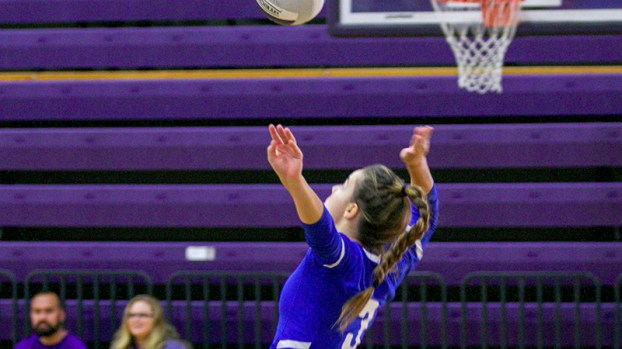 NSA’s girls’ volleyball team is a few weeks removed from its season. For the second consecutive season, the Lady Saints advanced to the VISAA Division II state semifinal. NSA has been one of the top volleyball teams for a while, and the team continued its winning ways this season. Three players made the All-State teams, with Rylee Bono and Addy Greene leading the way as first-team selections.

Bono and Greene were both selected first-team All-Conference as well.

“Every season with my girls and Coach Ross is great,” Bono said. “I felt like there was a lot of pressure on me and my team this year, because we were coming in with a young team. I felt like we handled it well and played our hearts out.”

“Hard work pays off,” Matthews said. “It was a very exciting thing to hear. The harder you fight, the better the outcome. My teammates and coaches push me to the max and help me to become a better player every day.”

Three Lady Saints — a third of the roster — on the All-State teams speaks to how successful the Lady Saints were this season. All three Lady Saints have spoken about the bond the team has and why that, on top of the work ethic Coach Robyn Ross instills in them, equals success.

“Every person on this team has an insane work ethic,” Bono said. “Coach Ross has turned us all into fighters. We don’t have the height, but we definitely have the will to win.”

“We hold good talent on our team,” Matthews said. “It really goes to show that it’s not about size or age. It’s about the ability and how much you apply the work.”

The city is looking for energetic and enthusiastic volunteer coaches who are interested in teaching youth sports. The program goal... read more