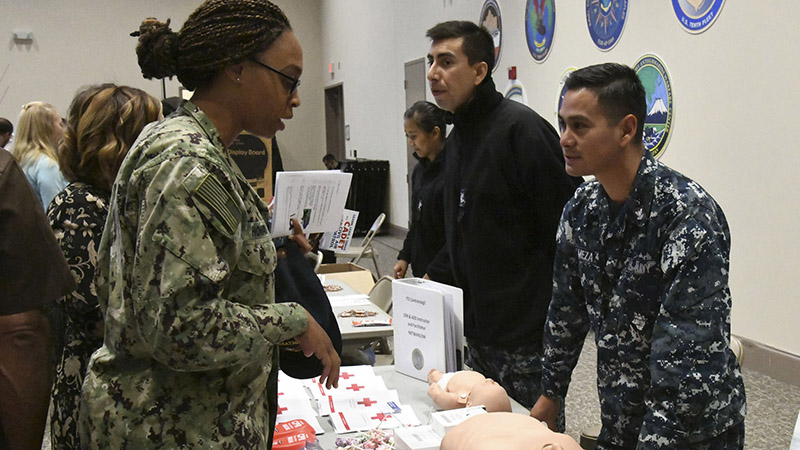 More than 500 sailors and civilian employees participated in a safety fair on Nov. 1. (Submitted Photo)

Vice Adm. Brian Brown, NAVIFOR commander, delivered the fair’s opening remarks and thanked all the safety committee members and vendors. “Safety is everyone’s responsibility,” said Brown. “With the upcoming holidays, we want to reach out to our sailors and civilians and have them make the right choices for themselves and their families. We want everybody to maintain safety all the time and raise awareness of potential dangers that they may not necessarily know exist.”

“The safety fair is designed to help educate service members as well as civilian employees on a variety of safety topics,” said Lt. Christopher Williams, NAVIFOR safety officer. “We, as leadership, must do everything in our power to encourage, inform and promote the safety and well-being of our sailors and civilians.”

One of the main goals of the fair was for the sailors and civilians who attended to pass the information they learned on to someone else.