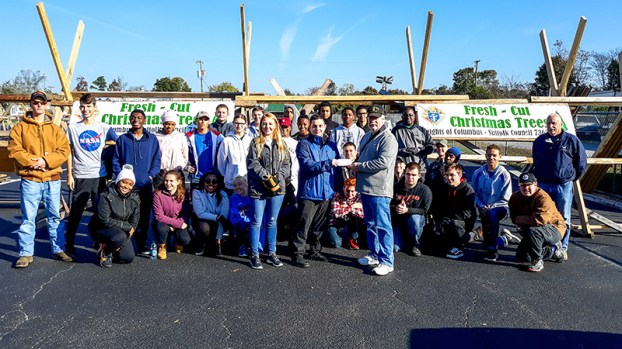 The cadets of the Nansemond River High School Air Force JROTC are rapidly raising money toward installing a new well at a primary school in Uganda.

The project at Mena Primary School would serve a large refugee camp near the border of South Sudan and the Congo, with 763 children attending the school.

“I think it’s important as a community to help people who need it,” said Isabelle Robinson, a commander and junior at Nansemond River. “It’s good for them to see there are people who do not have as much as us.”

“The least we can do is get them a water well so they can get easy access to water,” said James Godfrey, a commander and senior at Nansemond River.

Master Sgt. Kevin Young said the JROTC’s community service is important not only because the students need to earn 50 volunteer hours to graduate but also because of what it teaches them.

“I think students ought to learn how to give of themselves,” he said. “I try to tell my students, take care of others and you’ll be taken care of. That’s my philosophy, to go out there and help others.”

Young said the community service also helps build camaraderie among the group, which includes 121 students. The entire group is rarely together, he said.

“It’s a good character-builder for them,” he added.

The students have been raising money for the well project through a variety of avenues, including helping the Knights of Columbus Suffolk Council 7363 with its Christmas tree lot.

This is far from the first time the cadets have sponsored a water project in a foreign country.

Their biggest project yet came in 2017, when a primary school in Guatemala needed help with new latrines and a water station. With the help of the Spanish department at NRHS and the Knights of Columbus, a total of $3,332 was raised.

In 2018, the cadets raised $2,278 for bathrooms and washrooms for an elementary school in Kenya.

The cadets do quite a number of other community service projects, as well. They do a coat drive, canned food drive and blood drive as well as participating in the wreath-laying every December at Albert G. Horton Jr. Memorial Veterans Cemetery and sponsoring students in Haiti.

Young said those who wish to donate to the well project can do so by calling the school at 923-4101 and asking for him.

Sacrifices honored on tree of stars

Since Sunday evening, a 6-foot-tall, white Christmas tree has been shining bright at 2000 Brians Lane. It glows on the... read more