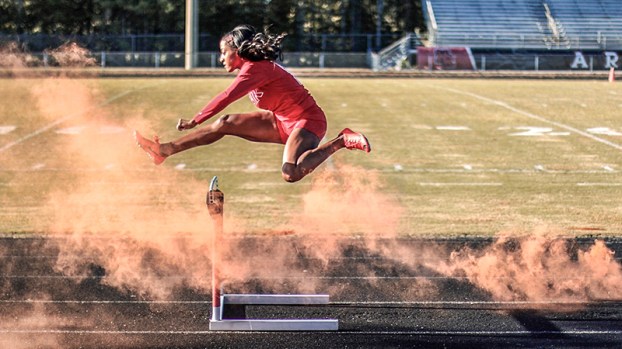 For the second time in the last two weeks, Nansemond River High School track and field has had an athlete commit to an NCAA Division I school. Kori Carter recently committed to Clemson University, and Freeman added the second as she is set to go run at VCU.

Freeman described her recruiting process as a bit stressful. Last year, a foot injury cut her season short, and she was unsure whether she was going to have the times coaches were interested in.

“I was nervous that my times were not fast enough to get into a good school,” Freeman said. “I’m relieved that it’s over. Now I feel like I can focus on lowering my times, so I can finish my senior year strong.”

Freeman feels good about her health and feels she is right where she needs to be. She is excited about the season ahead for her and her team. She said VCU made her and her family comfortable as they gathered more information about the school. Overall, she felt like it was a great fit for her.

“VCU made sure that my family and I enjoyed our stay during the official visit. I felt like the fit was great, and I can see myself improving and getting faster under that program. The distance was also perfect as well.”

Freeman has a few teammates who also run in the program, so she will have some familiar faces with her once she reaches campus. She considers her former teammates like family, so knowing she can continue her journey with them was comforting for her. She sought advice from them and from her family. They were going to support her with whatever decision she made.

Freeman plans to major in political science. The senior Warrior is a Class 5 three-time state champion and a multiple-time state finalist. Her current personal records for the 55 and 100-meter hurdles are 8.35 and 14.55.

For her senior year, she wants to make it to nationals. She credits former coach, Justin Byron, for her breakthrough, but has faith in coach Marco McKoy and things they can accomplish as a team under him.