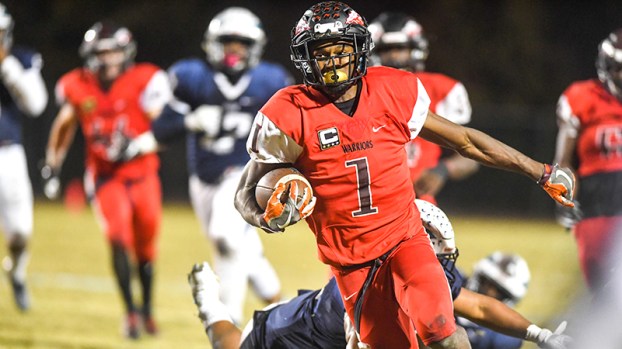 Johnson to play in 757 All-Star Classic

Johnson will step on the field one more time to represent Nansemond River High School this Saturday. Johnson will be on Team Southside and will be the only representative from Suffolk on the team. He is excited about the opportunity.

“I really appreciate the opportunity,” Johnson said. “I’ll be around some great seniors from this side and across the water. I love the fact I get to go out there and show people what type of talent Suffolk has.”

The 757 All-Star Classic features some friendly competition among seniors between two parts of Hampton Roads. There will be an opportunity for seniors to be seen by different college scouts, and the winning side gets bragging rights for the next year. Also, two players from each team will have a chance to receive $1,000 in scholarship money.

The senior recently wrapped up an impressive senior season for the Warriors. Johnson played on both sides of the ball, making plays at defensive back and running back and helping Nansemond River to an 8-4 season. His strong senior campaign led to him making first team All-District and All-Region at running back while making second team All-District and All-Region at defensive back. Recently, Johnson pulled in his first scholarship offer from Virginia State University, with interest from other schools. He has plans to commit to the college of his choice in the near future.

“Everything has been going great with the recruiting process,” he said. “Just taking my time with everything and checking a few things off. I enjoyed my senior season, and I hope I was able to teach some things to the underclassmen.”

The fourth annual All-Star Classic will be played once again at Powhatan Field in Norfolk at 11:30 a.m. Saturday. Tickets will be $8, and all funds will go toward scholarship funds.