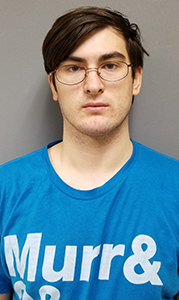 Investigators began looking into a tip received from the social media platform Flicker, according to a press release from the sheriff’s office. It was vetted by the National Center for Missing and Exploited Children and then investigated by law enforcement.

The sheriff’s office and various other agencies conducted a search warrant in the 2200 block of Heron Watch Court in Carrollton on Monday morning and removed numerous electronic devices, the release stated.

“The devices removed from the home will now be forensically examined, but a preliminary review shows that these devices may contain over 5,000 images of child pornography,” the release states.

Houlihan was taken before a magistrate and then transported to Western Tidewater Regional Jail without bond.

“This arrest goes to underscore the seriousness of these type of offenses,” the release states. “Furthermore, it shows the resolve of the Isle of Wight County Sheriff’s Office as well as the Southern Virginia Internet Crimes Against Children Task Force to continue to investigate these types of cases and stop the abuse of the most innocent of our society.”

Suffolk Police have identified a suspect in a recent shooting and are seeking the public’s assistance locating him. Travis Cobrial... read more