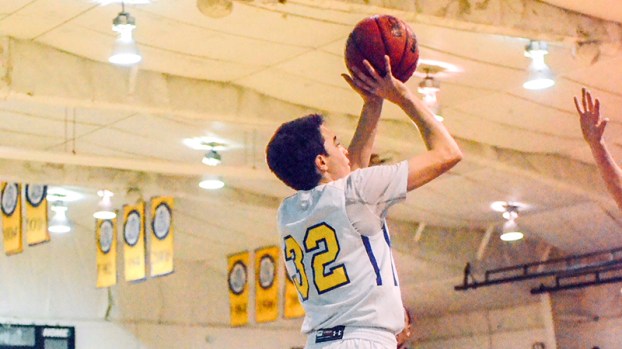 Jared Hawkins had six points in the Saints’ win over Broadwater Academy. The Saints went 2-0 in their Holiday Classic. (Joel Hawkins Photo)

The Nansemond-Suffolk Academy boys’ basketball team is now 6-1 after two straight wins last weekend. NSA hosted a Holiday Classic, in which the Saints played two games against Atlantic Shores and Broadwater. NSA got the best of both teams.

They defeated Broadwater 82-43 with Jaden Freeman leading the way with 13 points. George Pettway added 11 points to go with six assists and five steals. Austin Dugas knocked down three three-pointers and finished with 11.

The Saints’ best quarter came in the second. After being up 22-13 after one, they put up 27 in the second quarter and held Broadwater to only four points. Five Saints finished in double-figures.

NSA will head to Atlantic Shores this weekend to play in a holiday tournament before the break.