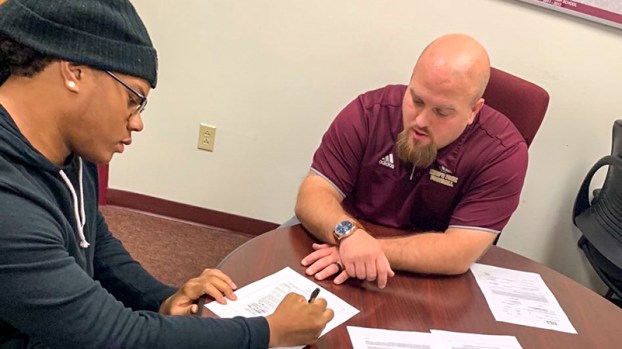 “I felt like Hampton was the best fit for me,” Hardy said. “As far as my play style and my academics, I felt like being there would be best.”

Hardy finished his senior season with 89 tackles and more than 15 sacks. He was a first team All-District and All-Region selection. During his recruitment process, he also had offers from Old Dominion, Temple, Norfolk State University and Campbell University. He narrowed his choices to ODU and Hampton.

“I felt like I had a stronger relationship with Hampton,” he said. “My recruiting process had its dark and bright days at times, but overall I enjoyed the whole thing.”

Hardy played at King’s Fork for two seasons after transferring over from Lakeland High School. During his junior season, he helped the Bulldogs to their best record in school history along with their first district title. This season, he helped the Bulldogs to a regional semifinal appearance. Playing for Coach Scottie Littles is something that he has valued the past two seasons.

“It was a pleasure playing for Coach Littles,” he said. “He cares about me more off the field than on. He is more than just a coach to me.”

His family also played a huge role in helping him decide where to go. Hardy plans to major in business. Hampton went 7-3 this season, and as a defensive lineman, Hardy can add an array of toughness and pass rushing.