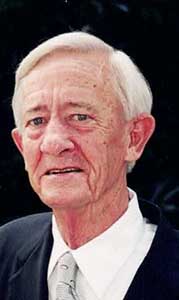 He was the owner of Starr Motors Inc., which he and his wife, Nell, started in 1962 in Suffolk. Mr. White was a founding member of VIADA, where he served on the board in numerous positions and was awarded the Virginia Quality Dealer of the year in 1985. In 1990, he became a Chrysler, Jeep and Dodge Franchise dealer in Suffolk. He was a member of the Elks Club and a longtime member of West End Baptist Church.