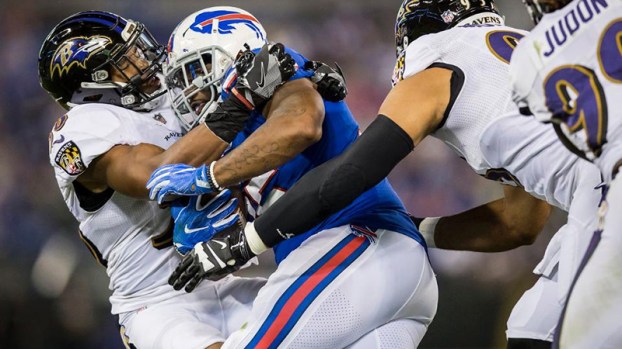 After barely missing out on the playoffs in 2017, the Baltimore Ravens will make the NFL playoffs this season. With a 26-24 win over the Cleveland Browns Sunday evening, the Ravens secured themselves a playoff spot. The NFL playoffs is one of the biggest stages in sports, and Clark will be on display along with his fellow teammates.

Clark finished up his second regular season where he made his first two career starts. He finished with 16 tackles and his first career regular-season interception. Two weeks ago, he was also selected as a pre-game team captain for a coin toss before the game. For the playoffs, Baltimore will host the Los Angeles Chargers this Sunday and will try to start their journey to a Super Bowl. This will be the second meeting between these two teams in as many as three weeks.

The Ravens finished with the top-ranked defense in the league, a nice feat Clark can say he contributed to and was a part of in his young career. Ravens coach John Harbaugh praised his defense.

“I think we play team defense, have a lot of really good players,” Harbaugh said. “I probably don’t buy into that particular ‘star’ thing; that’s in the eye of the beholder, so to speak. I think we have a lot of stars, but they’re playing as a team. They’re playing as a unit, and that’s really what makes for a good unit, a great defense or anything in football, because football is a team sport.”

Clark is a special-teams ace for the Ravens who they also feel is a starting caliber player on their defense as well. Overall, Clark has set himself up well in his future with the Ravens.

At King’s Fork High School, the Suffolk native was a star before going up to do the same at Virginia Tech before being drafted in the NFL in 2017.