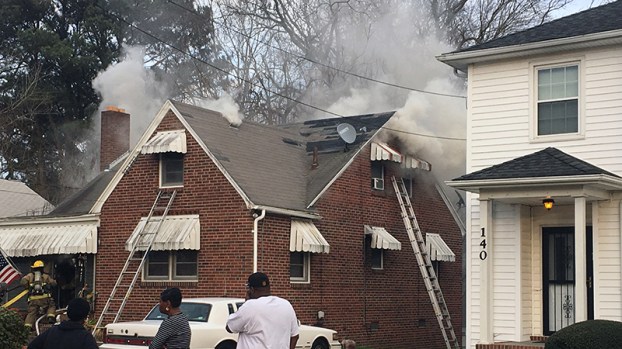 One person was injured in a house fire on Maple Street Tuesday afternoon. (City of Suffolk photo)

One injured in fire

One person was injured in a fire on Maple Street on Tuesday afternoon.

Suffolk Fire & Rescue responded to the call at 4:16 p.m. in the 100 block of Maple Street, according to a city press release. The first units arrived on the scene at 4:18 p.m. and found a one-story residence with heavy smoke coming from the home.

One person was extricated from the home and transported to a local hospital with unknown injuries, the press release stated. The fire was marked under control at 4:56 p.m.

Applications from talented artists are being accepted this January for a public art project that’s set to beautify downtown Suffolk... read more