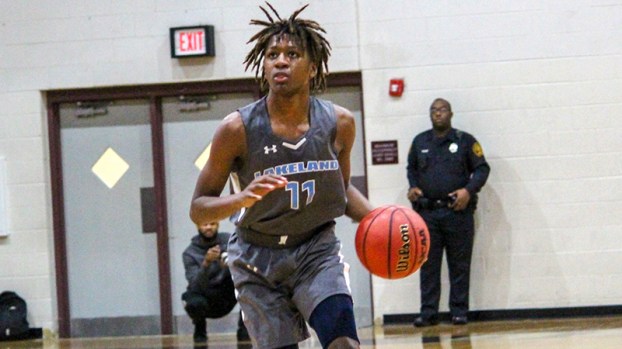 Warriors, Cavs clash for round two

For the second time in a week, the Warriors and Cavs boys’ basketball teams will battle it out Friday night.

The first matchup between rivals Nansemond River High School and Lakeland High School was everything and more the first go-around. The two teams met in the final game of the King’s Fork High School Holiday Classic last Saturday, and Lakeland took home the championship.

As with most rivalry games, it was an intense match between Lakeland and Nansemond River, which included a Lakeland player being ejected. Lakeland won the game 66-63, and even though the game was played on neutral ground, the Warriors will get a chance at redemption this Friday night. For round two, Lakeland will be the host and will be looking to continue its current win streak, while the Warriors will look to make up for the game they felt they gave away last weekend.

“This is a very important game to us,” senior Warrior Jeremiah Lewis said, “especially because it’s a cross-town rivalry. and we took a tough loss last time.”

It is expected to be a packed house at Lakeland, and the Cavs want to take this game, which will give them the season series. The city of Suffolk is in for some good rivalry basketball to start 2019.

“We know it’s a rivalry, so we are just going to prepare just like any other game,” junior Lakeland guard Keimari Artis said. “We know it’s going to be packed and an intense gym. At the end of the day, it’s just basketball, and we are going to play our game.”

The Warriors and the Cavs will meet at Lakeland at 7 p.m. Friday. The girls’ basketball teams will play at Nansemond River at 7 p.m.

Harper Birdsong is finding her groove with the College of William & Mary after about two years of seeing no... read more