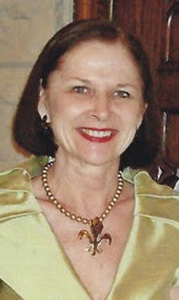 She was born Nov. 21, 1950, in Suffolk, to the late Clyde and Pauline Wyatt. A graduate of Suffolk High School in 1969, Tricia met her husband, Gary McCubbin, in Virginia Beach and married him in 1974. In 1979, they moved to Gary’s hometown of Elizabethtown, Ky., where Tricia was active in the Junior Women’s Club and Hardin County Homemakers, serving stints as president of each. She also served time on the boards of the Regional Speech and Hearing Center and the Hardin County Extension Service. She was known for her artistic ability and love of sewing, crafts and quilting. She was on the local television station several times as a special guest demonstrating these abilities. She worked as bookkeeper for the family business while also making a beautiful home. She was a member of Severns Valley Baptist Church.

Tricia was preceded in death by her parents; her brother, Michael Wyatt; and stepbrother, Donald Wyatt.

The funeral is at 1 p.m. Wednesday at Brown Funeral Home in Elizabethtown. Visitation is from 4 to 7 p.m. Tuesday and continues after noon Wednesday at the funeral home.

In lieu of flowers, donations may be made to: Cure Alzheimer’s Fund (curealz.org).

Condolences may be expressed online at www.brownfuneral.com.