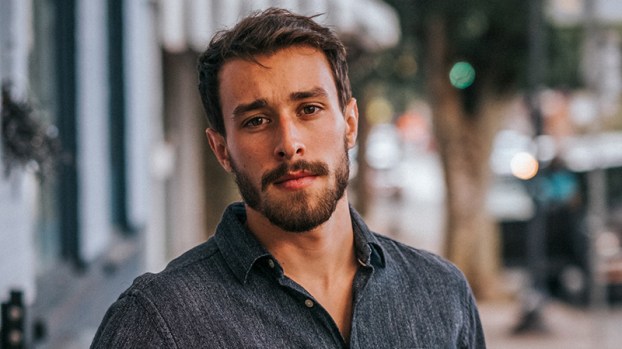 Will Overman will perform at the Suffolk Center for Cultural Arts this Friday night. (Tristan Williams photo)

An ‘Ode to Virginia’ at SCCA

National sensation and “The Voice” veteran Will Overman will bring his brand of Americana to the Suffolk Center for Cultural Arts on Friday night.

Overman, who made it through two levels of NBC’s “The Voice” earlier in his career, has made a name for himself with a powerful cocktail of folk, country and rock and roll, with a bit of the blues mixed in as well.

He will be the latest performer in the Downstairs at the Center concert series. The doors will open at 7 p.m. for a pop-up restaurant experience with plenty to eat and drink before the concert begins at 8 p.m. in the close-quarters venue, according to SCCA Development Coordinator Susan Stone.

“What we’ve tried to do is spotlight and showcase local groups in the series,” Stone said.

Overman is no stranger to Suffolk or Hampton Roads. He grew up in Virginia Beach, his mother was raised in Suffolk and his grandparents still live in the city. He expects his grandparents and cousins to be there on Friday night.

“It’s going to be a family affair for sure,” he said in a phone interview.

He will be on stage with his guitar, his melodic twang of a voice and lyrics drawn from both his travels. The combination makes for catchy hits like “Crossroads” and crowd pleasers like “Ode to Virginia.”

“I will definitely be playing ‘Ode to Virginia.’ That’s my hometown show song,” he said, along with new music that he’s releasing this year.

He’s played everywhere from dive bars to concert halls, he said, but he loves playing in a smaller, intimate venue where he can connect with his audience, especially when it brings him back to Tidewater, he said.

“It’s always a pleasure to come home and play for the people that have been there for my whole career,” he said.

The concert will begin at 8 p.m. at the Suffolk Center for Cultural Arts, 110 W. Finney Ave. The show is for adults ages 21 and older and tickets are $10. Reserved seating is for tables of eight only. The rest is open seating on a first-come, first-served basis.

Burning calories for a cause

BURNfit Athletics on Northgate Commerce Parkway was crowded with people on Saturday. The fitness center was loud with teammates’ cheers... read more