Saunders’ jersey to be raised to rafters 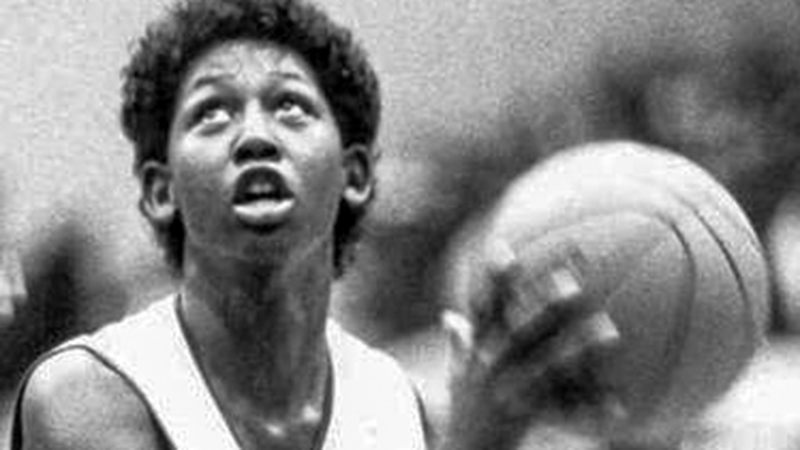 Suffolk native Tracy Saunders will have her No. 10 jersey hung up in the rafters of Echols Hall at Norfolk State University this Saturday. In 1991, she helped lead NSU to an NCAA Division II Final Four appearance while winning 33 games. She is third all-time at NSU in points with 2,084. (submitted photo)

Suffolk native Tracy Saunders will see her jersey on display for the first time at Norfolk State University this Saturday.

Even though her number was already retired, Saunders’ No. 10 jersey will be on display Saturday afternoon. The Suffolk native played at NSU from 1987-1991. She was third in NSU women’s basketball history with 2,084 points and fourth in rebounds with 978.

In 1991, she was the NCAA Division II National Player of the Year. During that season, she led the Spartans to the Final Four as they won 33 games that season.

Growing up in Suffolk, Saunders played basketball at John F. Kennedy High School. Her success led to her getting an opportunity to play at NSU.

At power forward, Saunders showed her quickness with her hands and her feet were unlike any women’s basketball player to come through NSU. Other records Saunders holds includes ranking second with field goals made with 836; third in steals; and fourth in games played and in free throws made. During her four seasons at NSU, the team had a record of 95-25.

Saunders has been inducted into the NSU Hall of Fame, Virginia Sports Hall of Fame and the Hampton Roads African American Sports Hall of Fame. Seven players will be honored and jerseys unveiled in the Echols Hall rafters at halftime of the NSU men’s basketball game against Maryland Eastern-Shore at 6:30 p.m.

Suffolk schools back in action