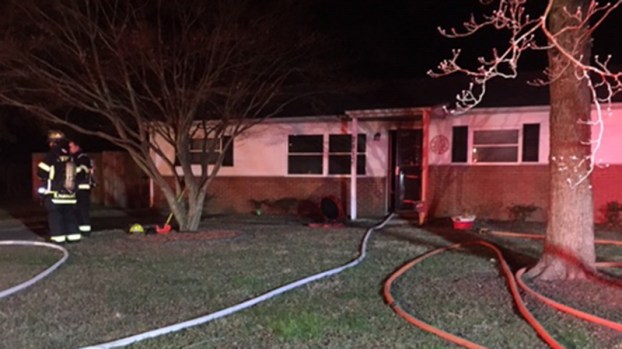 Two adults and two children were displaced in a fire on North Nansemond Drive Thursday evening.

The fire in the 2800 block of North Nansemond Drive was reported at 6 p.m., and the first units arrived on scene at 6:08 p.m., according to a city press release.

The occupants had evacuated prior to the arrival of firefighters. The fire was confined to the kitchen and quickly knocked down, but there was smoke damage throughout the residence, the press release stated.

One firefighter suffered a minor injury and was taken to Sentara Obici Hospital for further treatment, the release stated. Responding units included Engines 5, 10 and 25, Ladder 5, Medic 5, Safety 1, Rescue 1, EMS-1 and Battalions 1, 2 and 3.

The fire was called under control at 6:26 p.m. Family members will be assisting the displaced residents.

The Fire Marshal’s Office will be investigating the cause of the fire, the press release stated, but it is not believed to be related to the extreme cold temperatures.

Firefighters get cancer more than most. Will proposed bill pass to help them?   The livelihood of Virginia firefighters battling... read more