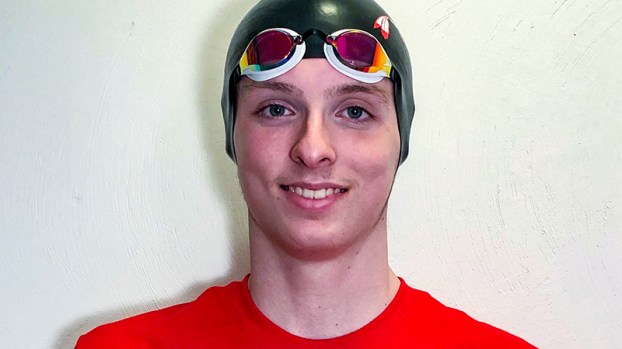 This season has been another solid season for the Nansemond River boys’ swim team. The team won six of its first seven meets. It was somewhat of a surprise, as some swimmers from last year weren’t on the team this year.

As a junior, Betts has taken a step every year in the Warriors swim program. As a 12th-year swimmer, Betts’ experience has been serving him well.

Nansemond River grabbed a win over Deep Creek recently in which Betts won two individual events and two relays. He was part of a first-place-winning 200 medley relay and 400 free relay. Individually, he won the 200 individual medley and the 100 breaststroke.

“Getting first place is always good for the team,” Betts said. “Dropping times is what swimming is all about but scoring for the team is always motivating.”

So far, Betts has felt good about its junior season. He is swimming faster than he did during his sophomore year, and he believes his team has truly been enjoying competing in these meets. Before the season, Betts didn’t know what to expect as a team because they lost so many fast swimmers from last year, but he is happy to see the team step up the way they have this season.

“Honestly, I felt like we were going to have a harder year since we lost a lot of fast swimmers,” he said. “But our younger swimmers this season have helped the team rebuild, and it has been a nice surprise.”

Betts’ goal for the season is to return back to the state meet and represent Nansemond River the best way he can. He takes advantage of every minute he has in the pool to become a better swimmer. His motivation comes from his friends he practices with, as they are always pushing each other to be the best they can be.

One event Betts wants to improve in at the moment is the breaststroke, but he has been having a lot of success in his freestyle events as of late.

“Breaststroke used to be my best stroke, but it doesn’t feel like it at the moment,” he said. “I’ve been more successful in my freestyles as of late. I want to improve all of my strokes equally so that I can be a contender in the individual medley.”

With the regional and state meets coming up very shortly, Betts is excited about the opportunity he will have in front of him. Last year, he described his experience as fun, as he was able to be around a lot of other fast swimmers and hopes to get better at sprinting this year and possibly bring back a state championship for the Warriors.