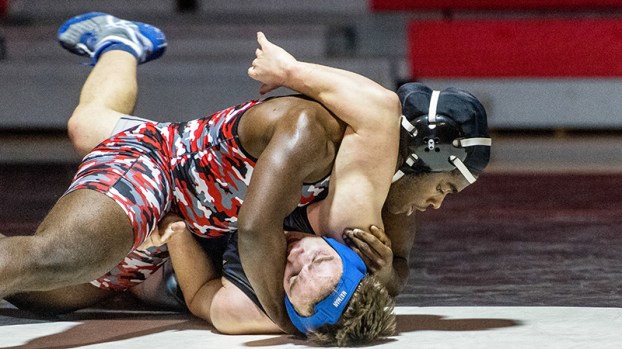 The Warriors will start their journey towards a state championship Thursday with the regional tournament. Last year, the Warriors had a successful postseason run, and many of those wrestlers returned this season. They finished as the regional runner-up and had four champions. Seniors Zech Gray and Aaron Whear were both regional champions that have returned.

“I like where we are at,” Coach Tripp Seed said. “We have had some good work, and we are ready to go.”

Seed believes the team is mentally where they are supposed to be. Healthwise, the team is in good shape. Nansemond River has wrestled well all season long and has been regarded as one of the top teams in South Hampton Roads. Mentally, they like where they are heading into the postseason.

“We have been scaling back a bit each week the closer we got to February,” Seed said. “We want to be healthy. We want to be ready to compete. I think the guys know what’s at stake and what they can accomplish, and I think they are ready.”

Nansemond River believes from where they are seeded, they have a good chance to win the regional tournament. There are teams in Class 5A that are talented, and the Warriors are going to have to be at their best, but they have confidence in themselves and are confident in the way they have wrestled leading up to this point.

“If we perform like we should and execute our holds, we have a very good chance of winning the region tournament,” Seed said. “We want to be in attack mode, and we want to be fresh.”

The Class 5 Region A tournament will be at Kellam High School Thursday and will start at noon.