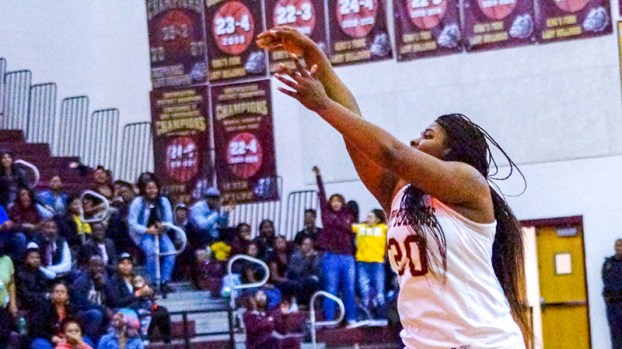 A Tuesday night home matchup between King’s Fork High School and Great Bridge High School provided what is likely the best performance by an athlete this basketball season. Young went for a career-high and school record 52 points in the win. The total is impressive on its own, but the icing on the cake is that Young outscored the whole Great Bridge team in the 83-50 rout.

It was a performance, unsurprisingly, Young said she’d never forget.

At halftime of the game, Young had only 21 points. In the second half, she went on a tear. She ended the third quarter with 35 points. She put the icing on the cake in the fourth quarter with a 17-point performance. When she reached 40 in the third quarter, Young thought to herself that 50 could very well be in reach.

For the season, Young is averaging more than 26 points per game. Though she has had multiple 30-point games this season, Tuesday night was the first time she had reached 40 for the season. To go along with the 52, she also added 15 rebounds as well for a 50-point double-double. Neecole Brown added 16 for the Lady Bulldogs.

Former King’s Fork legend Sugar Rodgers held the previous single-game scoring record with 49. The closer Young got to the record, the more her teammates cheered her on.

“It was so exciting,” Brown said. “It’s not every day you get to witness history. We are all proud of her.”

Suffolk natives Michaela and Michailyn Rose will receive Player of the Year honors at the Virginia USA Track and Field... read more