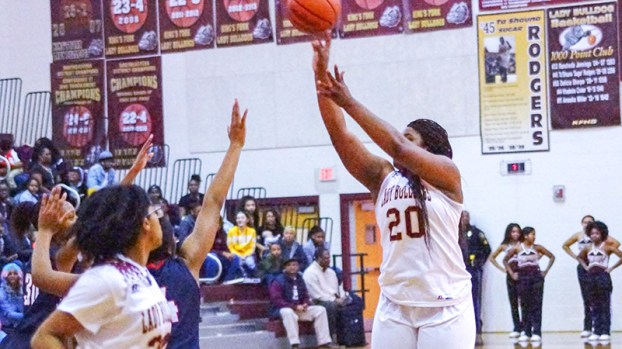 With the win over Nansemond River, the King’s Fork High School girls’ basketball team went to 3-0 on the season against its Suffolk counterparts. Nylah Young led all scorers with 33 points in King’s Fork’s 60-31 win. Tseday Brown led the Lady Warriors in scoring with 15 points. For the second straight game, Young scored more on her own than did the entire opposing team.

King’s Fork will finish the season against its other rival, Lakeland High School. Win or lose, the Lady Bulldogs will once again finish as the city champions for the 2018-2019 season. King’s Fork will host Lakeland at 7 p.m. Tuesday. Nansemond River will go on the road to take on Hickory High School at 7 p.m. Tuesday to finish out the regular season.

Lakeland High School picked up a win on the road last Friday night to move to 14-7. The Cavs... read more