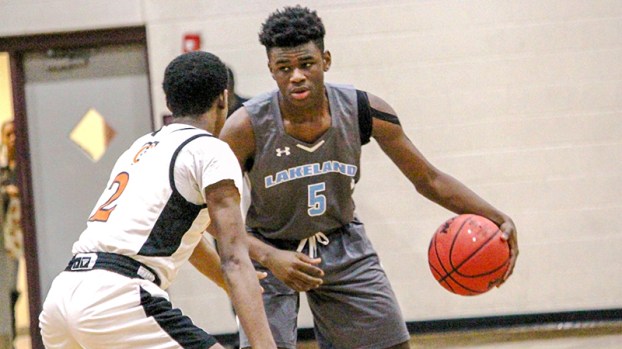 The Cavs boys’ basketball team got its third win of the season over the Bulldogs and will now shift focus to the regional tournament.

The Lakeland High School boys’ basketball team picked up a 70-61 win over rival King’s Fork High School. Clint Wright Jr. and Keimari Artis both finished with the team-high 19 points. Keontae Boyette finished with a game-high 21 points for the Bulldogs.

It was the third time the Cavs defeated the Bulldogs this season. Overall, Lakeland finished 4-2 against its Suffolk counterparts this season.

Lakeland will quickly shift its focus to Friday night when they take on Petersburg High School for the first round of the Class 3 Region A tournament. The Cavs will be the fifth seed visiting the fourth seed. The Cavs were hoping to be able to host a first-round game, but Coach Clint Wright Sr. feels confident in the team’s ability to get things done on the road.

“We are going to have to be focused and dialed in,” Wright Sr. said. “One thing about playing on the road is that there aren’t a ton of distractions. We immediately want to go into the building locked and loaded. It starts on Friday morning, and we want it to translate throughout the day. We want to be fully focused and ready to play.”

Petersburg has an 18-4 record and is coming into the regional tournament having won five of its last six games. Finishing the regular season at 15-7, Lakeland has won three of its last four games. The team feels good about the way they were able to close out the season.

Last year, Lakeland qualified for the regional tournament, winning its play-in game but losing in the quarterfinals to end the season. Expectations have been different for the Cavs this year with the type of experience they’ve gained, and Wright Sr. can see the difference in his team from a year ago.

“The absence of fear isn’t there anymore,” Wright Sr. said. “That has been a consistent theme for us this season. We haven’t been afraid of the moment of any of our opponents this season. Last year we were a little apprehensive or a little uneasy about what we were doing. Now we are more confident. We feel like the toughest team we face nightly is ourselves. We know if we focus, we can accomplish good things.”

The Cavs feel they face the toughest competition of the teams in the region. Playing in the Southeastern District, they face teams who can compete for state titles in their respective classifications. They feel it has prepared them for the postseason.

Lakeland will be at Petersburg at 8 p.m. Friday.

The Lady Bulldogs secured the city title with a 71-25 home win Tuesday night over Lakeland High School. The... read more