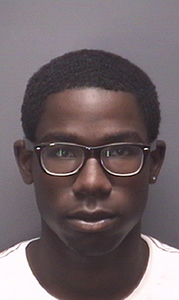 An 18-year old Lakeland High School student has been arrested after allegedly filming a staff member without consent and then sharing it with other students.

Ladarris Amir Timmons, 18, faces charges of unlawful filming or photographing of another and disseminating a video or still image with the intent to harass, according to city spokeswoman Diana Klink.

Timmons is scheduled to appear for an arraignment at 9 a.m. Friday in Suffolk General District Court, according to online court records, and is currently free on bail.

“SPS will also discipline the student according to policy,” Bradshaw said.

The alleged filming incident took place Feb. 5 and used the Apple feature, AirDrop, to share it with other students, Klink said. Apple’s AirDrop feature allows someone to transfer files between iPhones, iPads and Macs.

A Suffolk Police officer learned of the incident from a Lakeland school administrator Feb. 7, Klink said, and Timmons was arrested the following day.