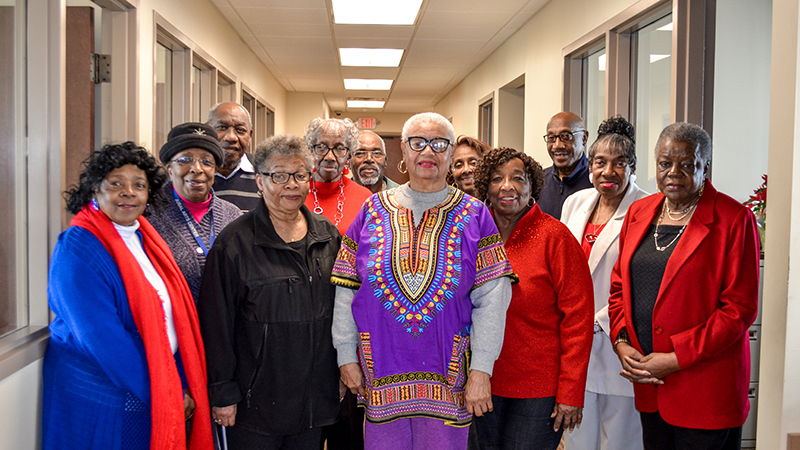 The Bears and Bearettes of Booker T. Washington High still carry their spirit of Suffolk’s landmark school with pride, along with a slew of fond memories.

The Booker T. Washington School “for Negro children” opened in 1913 at 201 Lee St. It was named after the former slave and African-American educator who rose up through the ranks to become an outstanding orator, according to Julia Bradley, historian for the Booker T. Washington High School Alumni Association and member of the class of 1956.

The original school served first through eighth grades until ninth grade was added in 1923. An adjacent building was constructed due to overcrowding, after which the high school opened in 1925 to teach sixth through 11th grades and later 12th grade in 1949, Bradley confirmed.

Its first high school graduation ceremonies were held in 1937 for 11th grade. The school was relocated to a newly built facility on Walnut Street in 1953 because of increasing enrollment.

But Bradley remembered the school’s humble beginnings on Lee Street.

“The one we were in on Lee Street was outdated and obsolete,” she said. “We didn’t have any modern paraphernalia for the students.”

Books came to students with worn covers and pages missing. Bradley said they would have to make do with the books and other supplies that were passed along by the white schools in the city.

The school’s alumni thank the teachers for all of their hard work. Vivian Turner, president of the alumni association, remembered her old English teacher, Maddie Vann.

She was Turner’s toughest teacher — a very “particular” instructor when it came to sentence structure and writing skills, she said, who helped Turner and her classmates realize their potential.

“We had some great teachers, (and) we knew they cared about us,” Turner said. “They put their hearts into making sure that we would do the work that was required for us to be successful.”

The students also had great success in athletics. Many active alumni were once part of the school’s sports teams, from band and cheer to golf, football and basketball.

“It was like family. Everybody looked out for everybody,” said Ronald Wilson, class of 1962 and a former quarterback and running back for the football team. “We played hard and we were coached well. Very well.”

The school continued operations on Walnut Street until desegregation in 1969. It was renamed Booker T. Washington Elementary School, where it still serves pre-kindergarteners through fifth-graders. A historical marker was placed at the school’s original location between Lee and Smith streets in 2016.

School alumni attended the unveiling of the marker that September, and the association continues to support Booker T. Washington Elementary School, where members had a life-sized bronze statue of the school’s namesake installed in the school lobby.