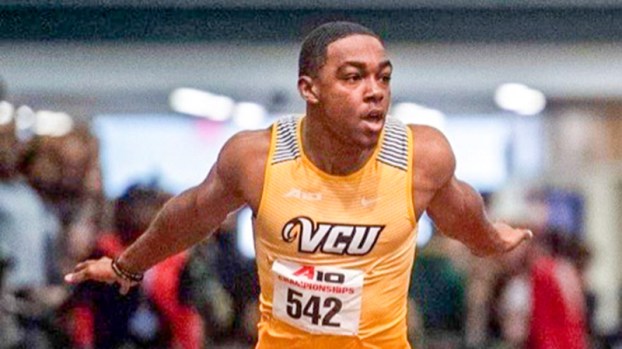 Waller wins an A-10 championship

With championship season here for high school and college indoor track and field, a lot of good things have been happening for Nansemond River High School alumni. Waller, a Virginia Commonwealth University freshman, has gotten off to a strong start in his first year.

Last weekend, VCU competed in the A-10 Conference Championship meet. The women’s team won the team title, but there were also standout individual performances on the men’s side as well. Waller took home gold in the 60-meter dash with a time of 6.86.

“It’s a great feeling,” he said. “I’ve been staying confident in myself all season and telling myself I’d win conference since the summer, and it came to fruition for me.”

At the end of his senior season at Nansemond River last year, Waller was dealing with an injury. He didn’t finish up the way he wanted to, but he signed to run at VCU and spent the summer rehabbing and getting himself back to 100 percent. Waller mentioned that he didn’t feel fully healthy until his second collegiate meet. He started trusting his legs, which led to him securing his first conference title as a freshman. He felt good from his warm up until he crossed the finish line.

“I felt like everything was going my way,” he said. “I wasn’t going to let anyone get in the way of my goal that day.”

Waller was named A-10 Performer of the Week at the beginning of February. He is hoping his momentum will take him into a promising outdoor season starting soon.

“I think if I stay consistent with practice and remain healthy, I’ll be able to carry over the same energy into outdoor,” he said.

At Nansemond River, Waller was a state and national champion as well as an All-American.