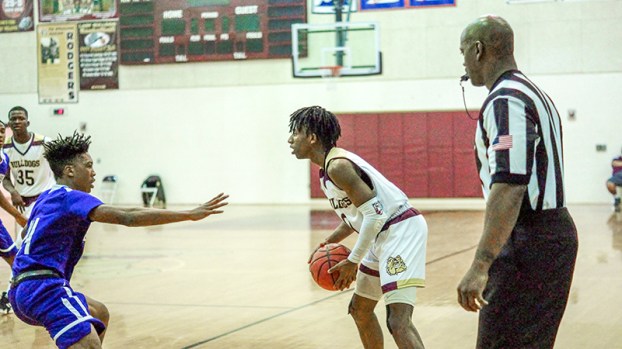 Boyette takes game to another level

Boyette has had a senior season to remember. In his second year in the Bulldogs’ program, he was able to come back and lead the team in scoring. In King’s Fork’s regional opener against Deep Creek, Boyette put up 37 points to help the Bulldogs advance to the regional semifinals game.

“Scoring 37 was great, but I was focused on getting the win,” he said. “It was just one of those nights. Thanks to my teammates for finding me and being unselfish getting me the ball.”

Boyette worked hard last summer to prepare for his final season. He knew from a leadership perspective he was going to have to step up and be better. Physically and mentally, he stayed in the gym and continued to work hard. He spent time in the weight room with the Bulldogs football team to get physically stronger as well. The ultimate goal was to reach the state championship. Even though the Bulldogs were unable to make it, they did get the No. 2 seed in the region in the playoffs.

Because of Boyette’s season as a prolific scorer for King’s Fork, he started to get a lot of respect from coaches and players around the district, so much so that he was selected the Southeastern District Player of the Year. Once he realized what he was doing as a leader and becoming more consistent, he knew he was going to have his best year yet.

“Once I realized I was becoming more of a leader and being more consistent as well as staying level-headed, things started to happen,” he said. “I also want to thank Coach (Rick) Hite for stressing the importance of defending at a high level.”

He gives credit to his teammates for allowing him to take his game to the next level. In practice, they make it hard on him so that he is more than prepared for the games. Also, when Boyette catches fire, his teammates continue to look for him. Hite continued to instill confidence in him. To outsiders, Boyette might have been perceived as “the guy,” but he never felt like that and said every single one of his teammates could get the job done.

Boyette has plans to play in college and will continue going over his options with family and coaches.