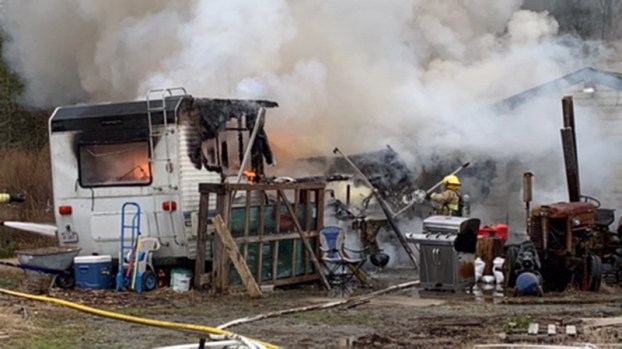 A recreational vehicle was destroyed by fire Saturday afternoon. (City of Suffolk photo)

A recreational vehicle was destroyed in a fire on Saturday afternoon.

Suffolk Fire & Rescue units responded to the fire in the 500 block of Freeman Mill Road. The fire was reported at 3:56 p.m., and the first units arrived at 4:06 p.m., according to a city press release.

The recreational vehicle was fully involved, with the fire extending to the detached garage of the residence. Firefighters saved the majority of the garage, but the RV was a total loss, the press release stated.

Community Electric crews responded and secured power to the property. The main residence was not damaged.

The fire was called under control at 4:27 p.m. There were no injuries.

One person was displaced but declined assistance from the American Red Cross, the press release stated.

A Suffolk man charged in an August shooting has been indicted in several felonies related to the incident. Michael Jermell... read more