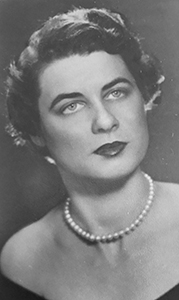 Leola Aurora Glenn, 95, passed away peacefully in her home on March 12, 2019. Leola was born in Nansemond County (Suffolk) on Sept. 15, 1923. After spending most of her life in Durham, N.C., she retired to the family farm. She was the oldest of eight children born to the late Russell Bennett Glenn and Mary Agnes Scully Glenn.

Leola was a 1942 graduate of Chuckatuck High School, attended James Madison College and received her Bachelor of Science in Nursing from the Medical College of Virginia in 1946. Upon graduation from MCV, she was accepted into the anesthesiology program at Duke University, despite being told by many she would never be selected for admission because she was too young and a female. By the 1950s, and after further advancement in degrees, she was employed by Duke Medical Canter as an anesthesiologist. Leola became an instructor in the Duke School of Anesthesia and remained in that position until retirement. She was a pioneer for women of her time. Devoting her life to medicine, she continued to return her childhood home, where she loved being involved in the daily life on the farm. She was an accomplished ballroom dancer.

The family would like to thank caretakers Teresa Bane, Marlana West, Carol Martinez, Linda Shineberg, Margie Bass, Jeannie Jernee, as well as other Home Instead employees who aided Leola in her comfort.

A funeral will be held at 11 a.m. Saturday, March 16, 2019, at the Western Branch Cemetery, Old Myrtle Road in Suffolk, with the Rev. James H. Hyatt Jr. officiating. www.wrightfuneralhome.org.