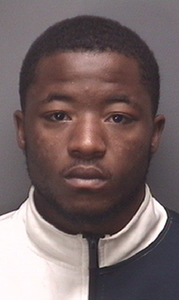 A Norfolk student who attends a regional program for students with disabilities at John F. Kennedy Middle School in Suffolk has been charged with assault and battery of a school official.

Lorenzo Lamont Sumler Jr., 18, was arrested Tuesday and faces an arraignment at 9 a.m. March 21, according to online court records. The staff member was not injured, according to city spokeswoman Diana Klink.

SECEP is a regional program for certain students with disabilities, and is independent of Suffolk Public Schools, Bradshaw said.

Officers responded to the school around 7:45 a.m. for a report of a disturbance, Klink said.

Following a preliminary investigation, Klink said Sumler “had been disruptive, refused to leave the premises when instructed to do so, and physically assaulted a male staff member.”