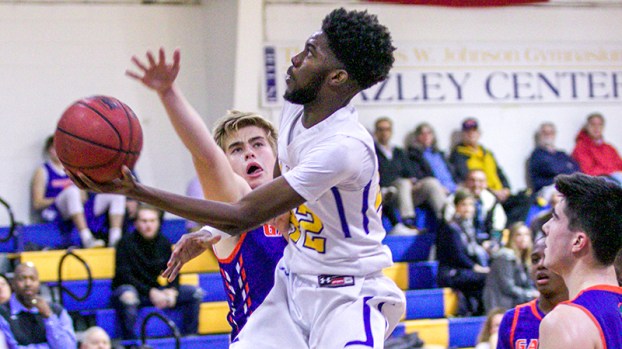 The Saints boys’ basketball team was able to be represented on the Virginia Independent Schools Athletic Association All-State teams. Freeman was chosen to the VISAA Division II second team after a strong season for the Saints.

Freeman was also a first team All-Conference selection this season as well. The sophomore wanted a state championship, as that’s the ultimate team goal, but was also hoping to make the All-Conference and All-State teams, which he did.

“I’m just really thankful and happy to have made the team,” Freeman said. “Hearing the news, I feel better about the season I had. But I still think I can improve on the things I did this year and do better things next year. I just want to win with my team and the stats will come with that. I like to do whatever I can to help my team win.”

During the season, Freeman battled an injury that caused him to miss a few games. However, he was able to help NSA to a 16-11 record. The team also earned a state tournament berth but fell to Hargrave Military Academy in the first round.

Saints bounce back against Tidewater

After taking its second loss of the season last Friday, the Saints baseball team bounced back at home against Tidewater... read more