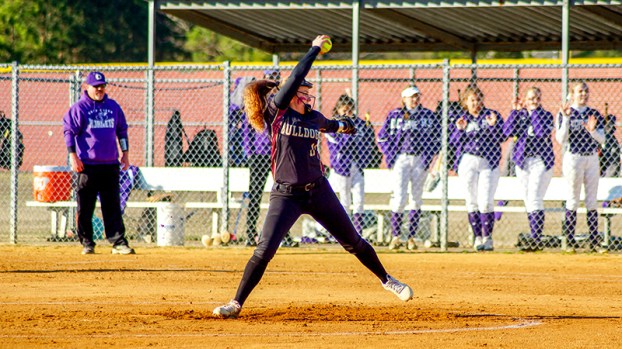 Cali Hinnant struck out eight from the circle and hit a home run from the plate in a win for the Lady Bulldogs. (Caroline LaMagna Photo)

The Lady Bulldogs improved to 3-1 on the season after the 9-6 home win. King’s Fork showed it could bounce back after taking a loss to Hickory High School at the end of last week.

Cali Hinnant pitched a complete game, striking out eight and allowing no earned runs. Hinnant was also 1-3 with a home run. Hanna Williamson was 1-2 with two RBIs and a run scored. Selinna Saba was 2-4 with two RBIs and two runs scored. Saba also added two doubles.

The Suffolk Christian Academy softball team picked up its first win of the season against Lawrence Academy at home Tuesday... read more