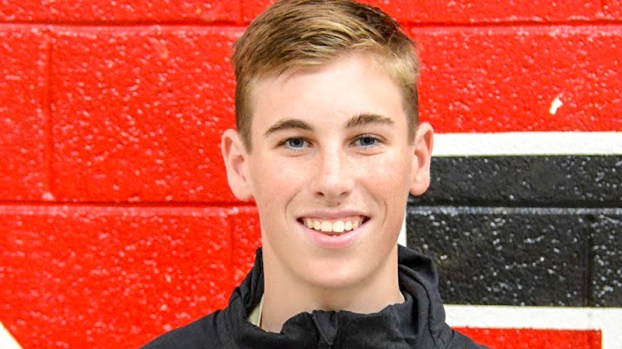 Tucker Leverone was voted Suffolk News-Herald Player of the Week after scoring two goals and assisting on two more in a Warriors win. (Submitted Photo)

Leverone off to strong start

Tucker Leverone was voted Suffolk News-Herald Player of the Week after scoring two goals and assisting on two more in a Warriors win.

The soccer season is still young, but the Nansemond River High School boys’ soccer team has hit the ground running. The Warriors started off the season in a shutout, during which junior Tucker Leverone contributed on four of the six goals the Warriors scored.

“It was good to start the season that way,” he said. “We played with a lot of energy as a team. I was happy with what I was able to contribute, but the biggest thing was playing the way we played and winning.”

After being in a reserve role last year as a sophomore, Leverone wanted to make sure he came into the season impacting the game in any way he can. Over the summer, he worked with teammates to improve on things like his quickness on shots and his speed. He described the offseason as critical to his confidence, which has allowed him to come into the season starting fast. Teammate Taylor Jones and former teammate Daniel Tallarico helped him put the work in over the summer.

“I’m just grateful for those guys pushing me to help me get better,” he said. “I can see a difference from last year. It’s early, but I’m happy with the way I’ve played so far. Everybody has brought great energy, and it’s made it easier for me to work as hard as I can.”

Leverone also came into the season with the goal of being a good leader. He wanted to come in and be the best player he could be. When he competes on the field, his motivation comes from his family — in particular his late brother, Nick, who passed away in 2013 in a car crash. The junior saw his brother as a role model, as he was the first member of his family to play soccer at Nansemond River. He wears No. 4 in remembrance of his brother. His sister Emily did the same her senior year. He also draws encouragement from other family and teammates, who motivate him to be the best he can be.

“I know he watches over me every game, and I want to keep on his legacy and make him proud,” Leverone said of his late brother. “My family and friends motivate me, and the fact I get to put on a jersey that represents Nansemond River and where I’m from. I’m motivated to honor the school every time I play.”

As the season continues to progress, Leverone hopes to continue to get better and help bring the Warriors more success.