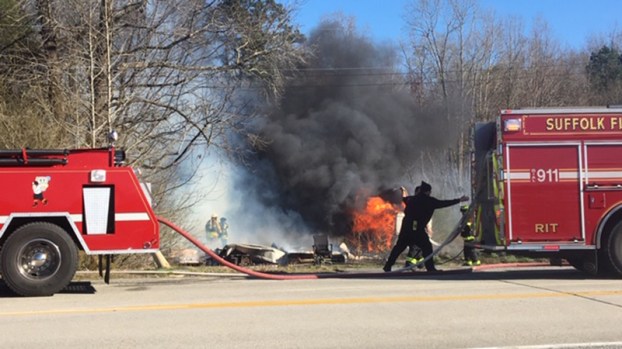 Suffolk Fire & Rescue responded on Saturday afternoon to a structure fire in the 9600 block of South Quay Road.

A detached garage, about 30 feet by 40 feet, that was in the process of being dismantled was engulfed in flames when firefighters arrived, the press release stated. The fire spread to a motor home and a small amount of brush, but firefighters were able to keep the fire from spreading to the nearby woods.

One firefighter was evaluated on scene and then ground transported to Sentara Obici Hospital for further evaluation.

The fire was called under control at 4:55 p.m. and was ruled electrical in nature.

The Suffolk City Council and School Board met in a joint session Wednesday to discuss school-related needs and how they... read more