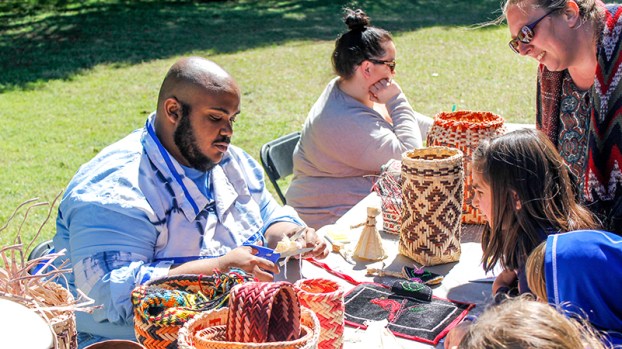 Desmond Ellsworth shows native crafts to visitors at the Nansemond Firebird Festival on Saturday at Mattanock Town in Chuckatuck. The festival was designed as an educational event, and visitors went to several stations to learn about Nansemond culture. (Troy Cooper/Suffolk News-Herald) 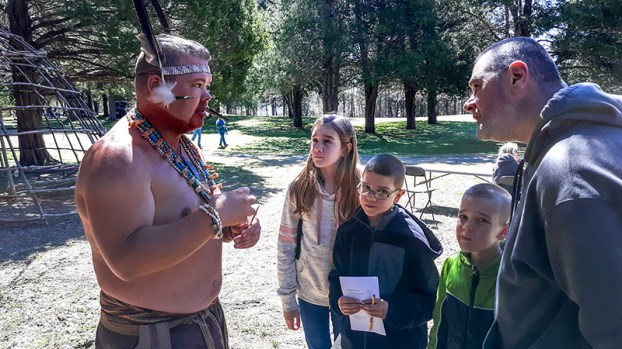 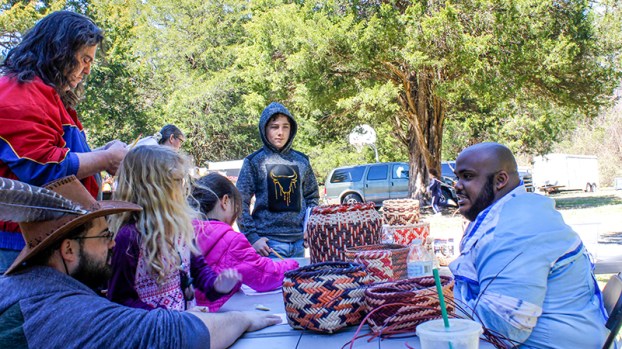 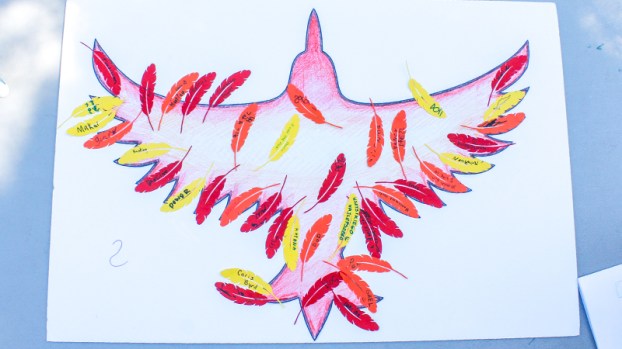 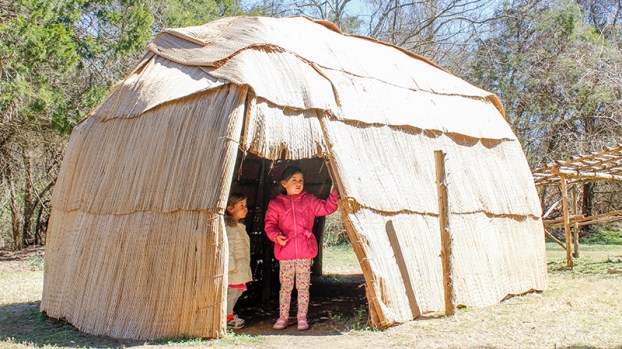 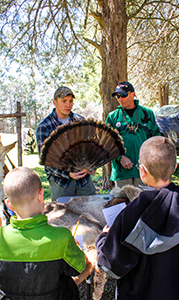 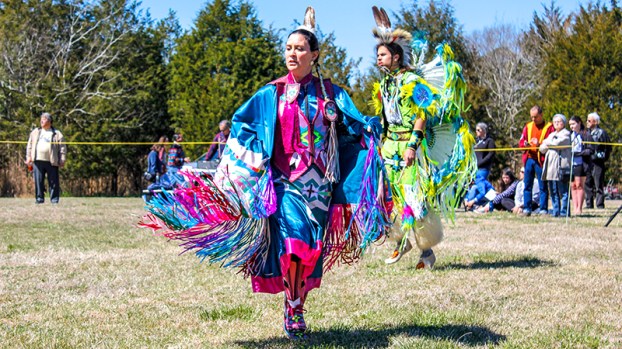 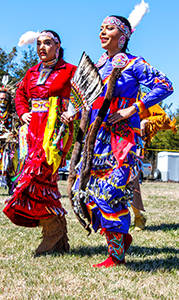 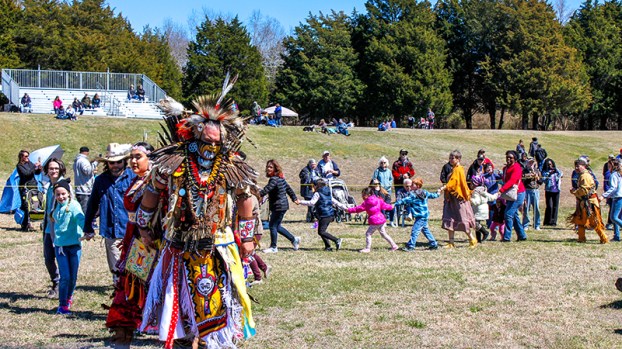 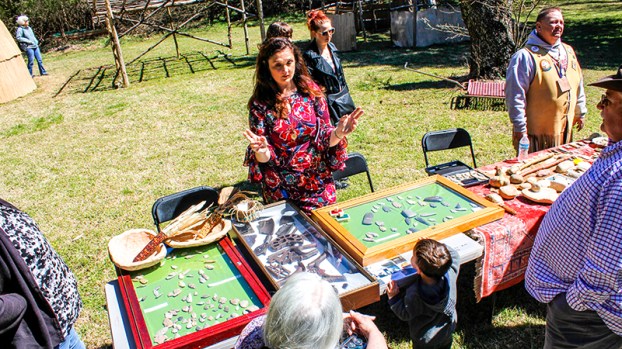 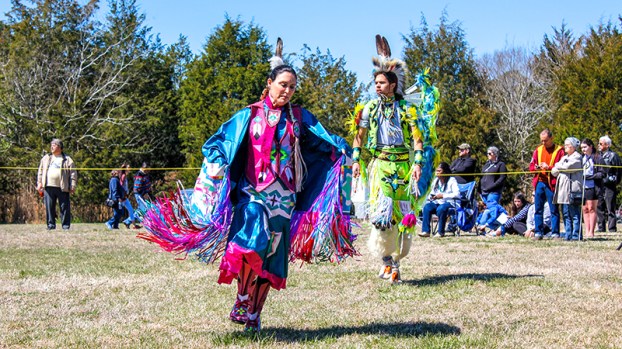 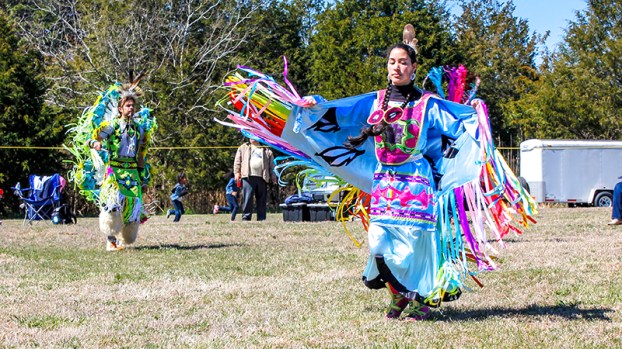 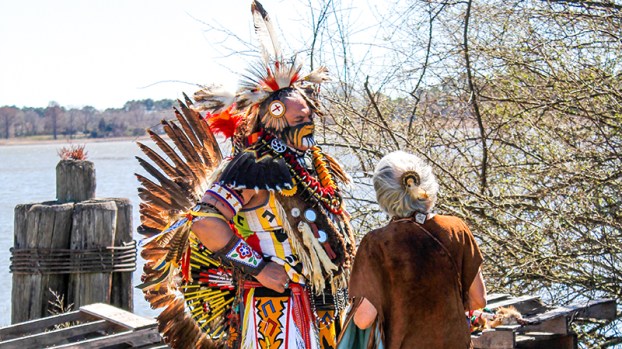 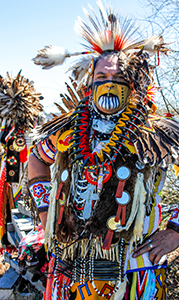 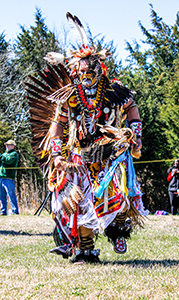 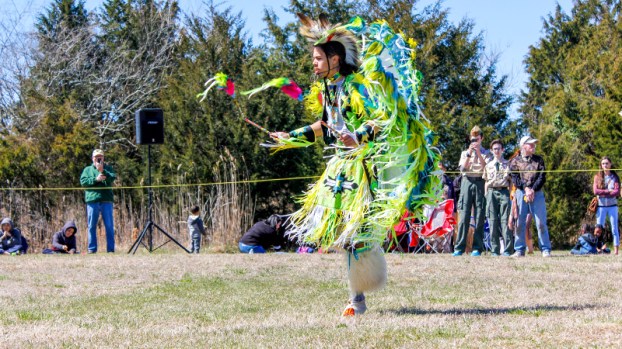 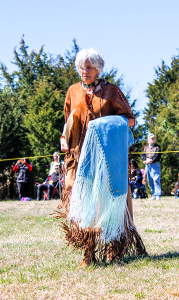 The first Nansemond Firebird Festival held Saturday drew hundreds of visitors to Mattanock Town for a variety of educational experiences.

Aimed at children but providing plenty of interest for adults as well, the event featured dancing and storytelling as well as stations where visitors could learn more about the history of the Nansemond Indian Nation.

The tribe initially had the event scheduled for Friday and envisioned it as a field day that schools could use as a field trip, Chief Sam Bass said. But when they learned that the schools would need more than a year to work it into their schedule, they simply moved it to Saturday and invited the community.

The event still had a strong educational component and many young visitors. Children received a “passport” that they used to visit stations and learn about Nansemond language, lifestyle, culture, food and more.

Mattanock Town visitors learned words in the Algonquian language at each station. Only a few specifically Nansemond words survive to the present day, and visitors learned those, too. They got to view and handle different artifacts like arrowheads. They learned about cornhusk dolls, basket weaving and beadwork. They saw needles made from animals’ bones and learned how the early Nansemonds used them to make clothes. They got to walk through a yehakin, a structure at Mattanock Town that replicates what the early Nansemonds used for shelter.

The passport asked children to draw pictures of plants and regalia about which they had learned, match Algonquian words to categories with a word bank and answer open-ended questions like their favorite Nansemond craft.

Matthew Catt brought his children Evangeline, William and Ian because he wanted them to learn more about Native Americans directly from the source. The children were happy to recite what they had learned.

“This river connects to the James River,” said Evangeline, pointing at the Nansemond River that flows past Mattanock Town. “You can eat the hairy stuff off the corn, and it actually tastes really good,” she added.

Her brother William said, “Cattails are used for food and medicine.”

Jamila Armstead brought her children, Kalia and Kayli, to “learn more about the culture,” Armstead said. They enjoyed learning about how chicken feathers were used by the Nansemonds.

Chief Bass said the tribe hopes to be able to do this event in future years — perhaps a Friday version for school trips and on Saturday for the public.

“This is something we want to continue every year,” he said. “We want the public to know the property is for their use.”

Nikki Bass said preparation for the event had been a learning experience for the tribe as it worked on what to include.

“The most important thing to us is that we knew there were Standards of Learning structured around Native American history and culture, but we wanted people to learn that directly from us,” she said.

“We wanted people to come and see Native Americans, to hear what we value, to hear the parts of our history that may be forgotten in the standard education. We view this as a complement to what children learn in school.”

Chief Bass added that the tribe wanted to give special thanks to the city of Suffolk for its support. He also thanked the tribal council members and others who had worked on the project.