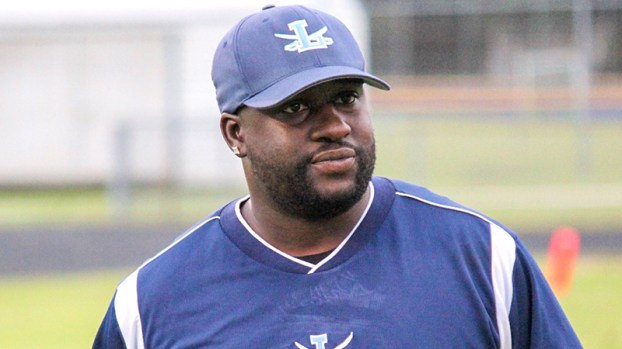 Kevin Knight recently said he will not return as the head coach of Lakeland High School football next year. The school division has begun searching for his replacement. (Matthew Hatfield photo)

Knight steps down as Lakeland coach

The football coaching carousel in the city of Suffolk continues to spin. As the month of April commenced, it did so with Lakeland High School becoming the latest to have an opening for a head football coach when Kevin Knight confirmed that he will not be returning for the 2019 campaign.

“I had a great time and great career there at Lakeland. I’ve been coaching either as the head coach or assistant since 2008. It was a hard decision, but I wanted to go in a different direction,” Knight said.

The vacancy for head football coach at Lakeland was officially posted on the Suffolk Public Schools web site on April 2.

Working with troubled teens, Knight recognized some of the time constraints with his daily job and acknowledged existing challenges in staying on while not being in the building as a teacher at Lakeland.

“I’ve been staying busy in the community, mentoring kids, working with mental health and doing different things,” Knight said. “The time was right.”

Knight, 38, graduated from Lakeland in 1999. Twice named All-Southeastern District in football, he amassed more than 4,000 all-purpose yards as a player for the Cavaliers while also starring in track. Knight also won the 300 meters at the 1998 Group AAA state indoor meet before heading on to college at the University of North Carolina, where he recorded 145 tackles and 10 pass breakups as a defensive back on the football field.

While his final record of 16-29 overall in four seasons as head football coach wouldn’t be the consummate illustration of a turnaround, Knight inherited a program that went 4-17 before his arrival, then led the Cavs to their deepest playoff run in program history in just his second year. That 2016 season saw Lakeland go just 5-5 overall during the regular season before convincing playoff victories over Poquoson and Tabb put them in the Region 3A Championship game. They would be denied a trip to the state playoffs, falling to Phoebus 21-0.

“During my time there, I felt like we improved the program. We made the playoffs, reached a regional championship game and got some guys the opportunity to play at the next level,” Knight said.

“Lakeland means a lot to me. My time there as a coach was unbelievable. To go from being a student-athlete to head coach at that same school, it’s not something you hear about too often.”

All three high schools in Suffolk have undergone a coaching change in football since 2018. Following their 2017 regional title, David Coccoli stepped down at Nansemond River to pursue a degree in administration. Justin Conyers was hired from within to lead the Warriors. Earlier this year, King’s Fork hired former Old Dominion and Penn State assistant coach Kermit Buggs to replace Scottie Littles, who moved to Florida to accept a coaching position.

Knight isn’t closing the book on a return to coaching in some capacity, perhaps even by the start of the 2019 season.

“One thing about football is I know the game and love the game,” Knight said. “It would be hard for me to be out of the game entirely. It’s been a big part of my life since I went to Lakeland High School.

“For this upcoming season, I’m not sure if I’ll be coaching, but if the right opportunity comes and my schedule allows, I’m all for being on the sidelines somewhere.”