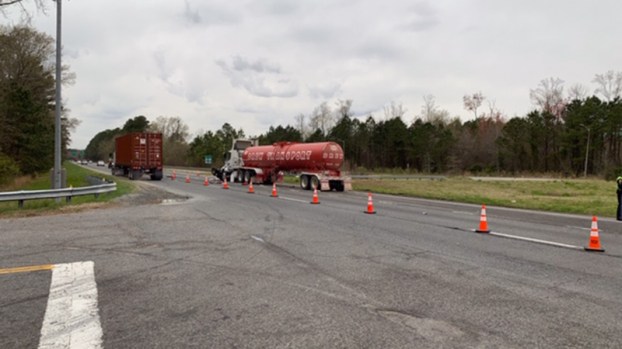 One man died in a crash on Route 58 Friday morning. (City of Suffolk photo)

One dead in Route 58 crash

A Smithfield man died in a crash on U.S. Route 58 westbound near the landfill on Friday morning.

Timothy Lynn Shumaker, 56, was the driver of a Jeep that was struck by a tractor-trailer at the entrance to the Southeastern Public Service Authority landfill, according to city officials. The crash happened at 7:30 a.m.

Shumaker was pronounced dead at the scene.

Two lanes of traffic were closed until 2 p.m. due to the investigation. A lot of traffic diverted to Interstate 664 and back roads, causing backups on those roads as well as on Route 58.

A Pennsylvania man on Thursday admitted in U.S. District Court for the Eastern District of Virginia to a shoplifting scheme... read more