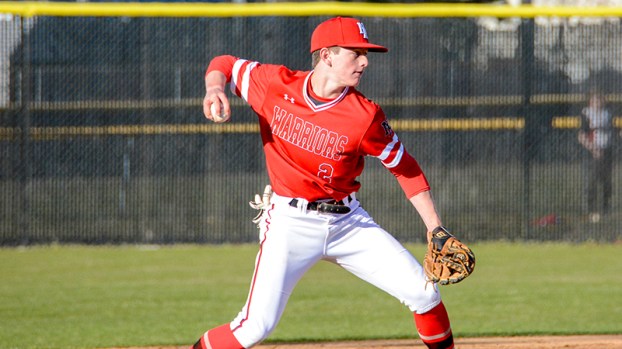 Ben Grady fields a ball for the Warriors. Nansemond River shut out rival King’s Fork to go to 7-0 on the season. (Melissa Glover photo)

Caleb Pittman struck out 12 and allowed just one hit in a complete-game shutout as Nansemond River picked up a 5-0 win over King’s Fork in high school baseball action Thursday.

Nansemond River used the third and fifth innings to score its runs.

Ayden Stuffel went 2-for-3 with a run scored, while four other Warriors had a hit.

Both teams play again Tuesday, with Nansemond River playing at Hickory and King’s Fork seeking its first win of the season against Lakeland. Both games are scheduled for 5:30 p.m.

The following are this week’s nominees for the Suffolk News-Herald Player of the Week: Taylor Cherry, sophomore, Nansemond River softball:... read more