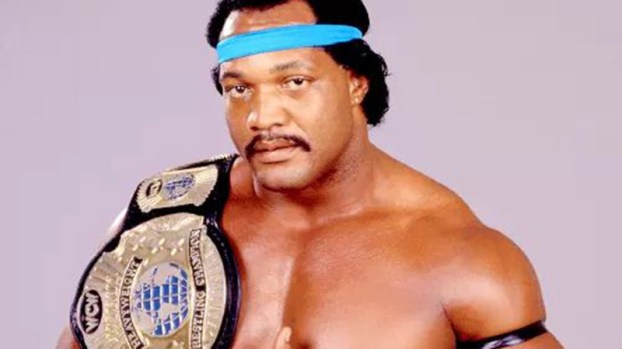 Ron Simmons, a former pro football player and the first recognized African-American world heavyweight wrestling champion, will be the guest of honor at the Vanguard Championship Wrestling event Saturday at the Salvation Army Community Center.

The top stars of Vanguard Championship Wrestling will make an appearance in Suffolk this Saturday at the Salvation Army Community Center.

VCW promoter and owner Travis Bradshaw said he’s looking forward to the event, which he has been bringing to Suffolk for the past four years. While past crowds have hovered between 200 to 300 people, Bradshaw is hoping for more this year.

“We’re very excited,” Bradshaw said. “I’m from Suffolk, so when we come, it’s always exciting for me.”

In addition, Timmy Danger and The Sanctuary will be making a special announcement.

Bradshaw said that, unlike the WWE, there’s more wrestling in VCW than entertainment, though he hopes his events both showcase the wrestlers’ athleticism and entertain fans.

“WWE is trying to wipe away wrestling from everything they do, and we’re trying to put wrestling in bold print,” Bradshaw said.

Ron Simmons, a standout football player at Florida State and a Heisman Trophy candidate in 1979 who went on to play in the pros with the Cleveland Browns, will be the guest of honor.

Simmons will sign autographs from 6 to 7:30 p.m., and the WCW World Heavyweight Championship belt that he wore in Baltimore in 1992 when he became world champion will also be available to photograph.

“Ron Simmons is always wanting to give back,” Bradshaw said. “He’s as excited as the fans are. He’s done a lot of charity work. This is just what he loves to do. It’s a payday for sure, but he wouldn’t want to do anything else this Saturday.”

All proceeds from ticket sales will go to the Salvation Army, with all seats $20. Children 5 and under are free. Tickets are available at the door starting at 6 p.m. They can also be purchased in advance at the Salvation Army Community Center at 400 Bank St. from 9 a.m. to 4:30 p.m. Thursday and Friday, and on the VCW website at vcw-wrestling.com.

There are also tickets available online that include photo opportunities with Ron Simmons and “The Pope” Elijah Burke. For $10, people can also enter a raffle to win Ron Simmons’ replica WCW title belt, the winner to be announced June 15.

For Bradshaw, having events in Suffolk to benefit the Salvation Army is personal, as the money raised will stay in the community.

“Part of what we can do is raise awareness for what they do,” Bradshaw said.