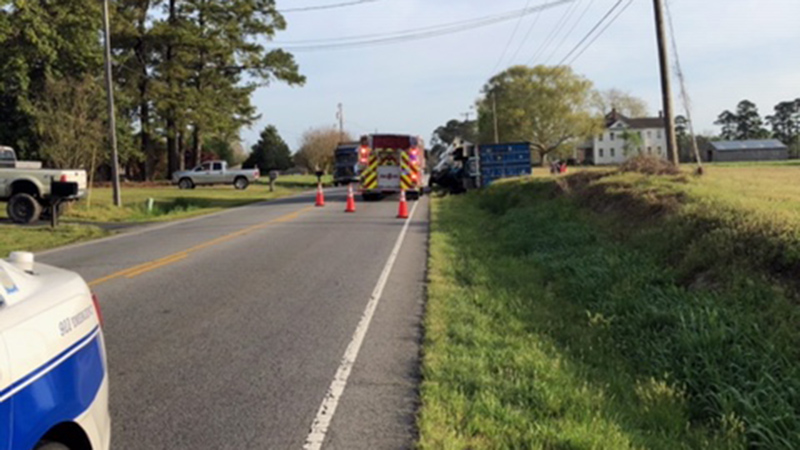 An overturned log truck closed the 4400 block of Whaleyville Boulevard for several hours on Friday morning.

The crash happened at 7:09 a.m., according to a city press release. Suffolk Police and Suffolk Fire & Rescue responded, but no injuries were reported.

Police found the driver was attempting to avoid a collision with another vehicle when the tractor-trailer went off the road, according to the press release. The truck did not lose its load.

All lanes of travel were initially closed, and then traffic was being alternated. Both lanes were closed again while the truck was righted.

Traffic was detoured on Cypress Chapel Road and Copeland Road.